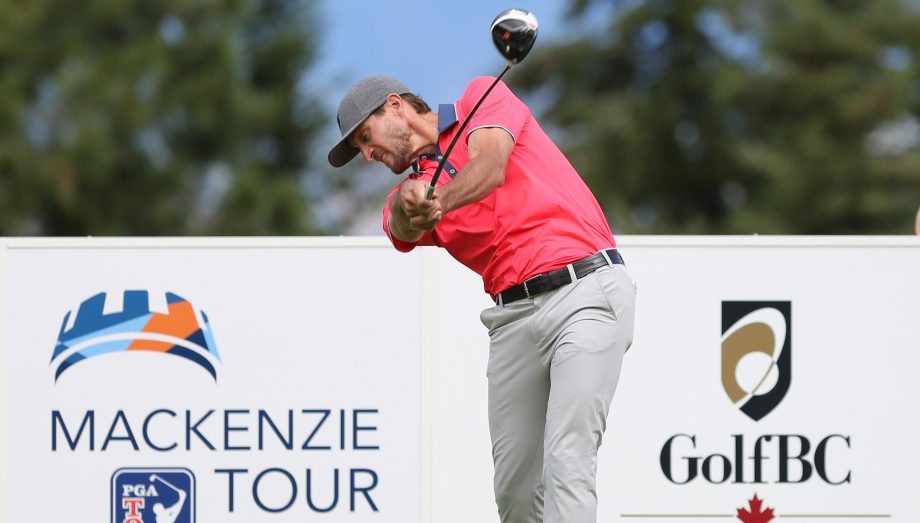 Rottluff and Jenkins, who both turned professional earlier this year after concluding their college careers, played together the first two days and carded identical rounds of 67-65 over the first two days to lead by one over Calgary, Alberta’s James Love and Orlando, Florida’s Ross Beal.

“He bombs the ball and it’s fun to watch, so we were having a good time for sure,” said Rottluff, a 2015 1st team NCAA All-American at Arizona State, of his high-octane grouping with Jenkins.

Jenkins, a 20-year old who turned pro following his junior season at the University of North Carolina this spring, said he enjoyed treating the pairing like match play and fuelled his own solid play by watching Rottluff.

“He got off to a great start and eagled No. 2, which was our 11th hole. That put him to 10-under, and I had a 4- or 5-footer for birdie on that same hole to get to nine, so I definitely tried my hardest to catch him, and it was great to have someone to feed off of,” said Jenkins.

With both players heading straight from the conclusion of their college seasons to the Mackenzie Tour last month, a week off after the GolfBC Championship was a welcome sight, bringing a chance for a refreshed approach this week in Saskatoon.

“It was nice to have the off week and to settle back down and think about what happened in the first two weeks. I missed the cut in both events with good opening rounds, so that was definitely disappointing, but I didn’t feel like my game was very far off,” said Rottluff, echoing similar comments from Jenkins.

“It was nice to have an off week, especially coming straight from college and having three weeks in a row. It was nice to get home for a few days and see the family, see my coach and get a little work done,” said Jenkins.

One shot behind were Beal and Love, with Harare, Zimbabwe’s Scott Vincent and Chilliwack, British Columbia’s Brad Clapp a shot further behind at 10-under.