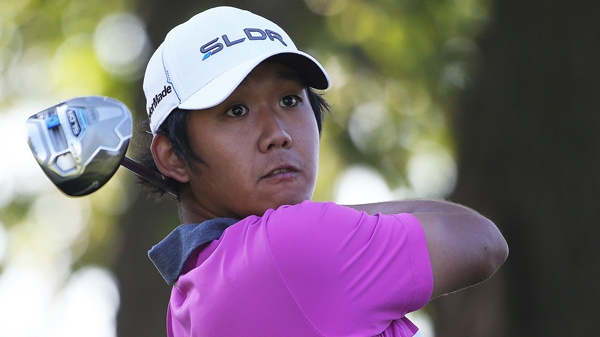 DIAMONDHEAD, Miss. – Toronto’s Albin Choi has done it again. After earning his first win as a professional on the NGA Tour just two weeks ago, the 22-year-old Team Canada member has already added another with a playoff victory at the Cardinal Classic on Saturday.

The N.C. State grad birdied the par-5 18th to reach 12-under par (65-67-72) at the rain-shortened event before forcing a playoff with American James Erkenbeck and eventually edging him out after two additional holes. Similar to his win two weeks ago at the SwingThought Tour Classic, Choi took home a prize total of $20,000 (USD) and earned another exemption–this time to the BMW Charity Pro-Am, a Web.com Tour event.

Fellow Canadian Bill Ross of Dundas, Ont., cracked the top 10–finishing in a tie for sixth at 9-under par. Choi’s Young Pro Squad teammate Mackenzie Hughes, also of Dundas, finished in a tie for 13th.