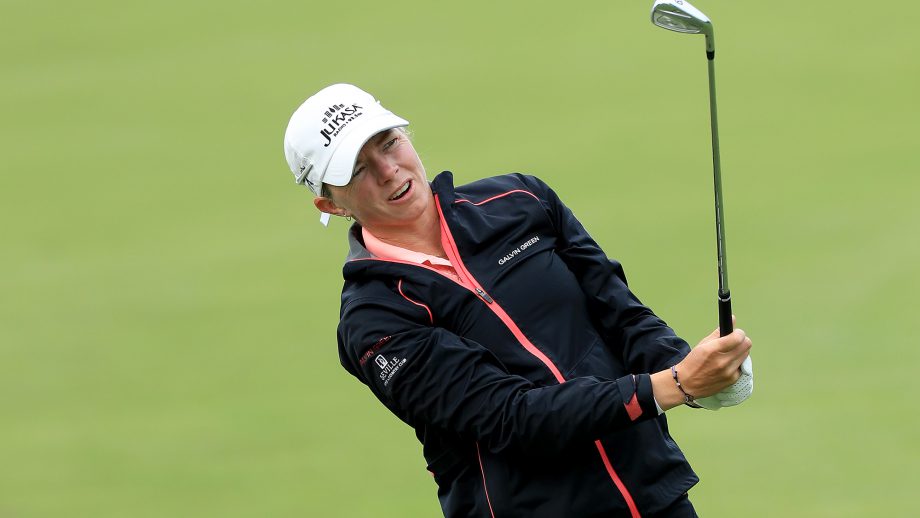 SYLVANIA, Ohio – Sei Young Kim shot a 7-under 64 on Friday to take a one-stroke lead over U.S. Women’s Open champion Jeongeun Lee6 in the Marathon Classic.

Kim had four straight birdies on Nos. 3-6 and also birdied the par-4 12th and 15th holes and the par-5 18th to get to 11-under 131 at Highland Meadows Golf Club. The South Korean player won the LPGA MEDIHEAL Championship in May in California for her eighth tour title.

“My play wasn’t good the last two weeks,” Kim said. “I’m just trying to do my best this week. So, I’m very happy with the (better) result than I expected.

“It was pretty good,” Lee6 said. “The greens were not too soft, not too firm. It was so easy to play with my second shot in order to control my shots. Satisfied with it.”

Lexi Thompson, Stacy Lewis and Jennifer Kupcho were 9 under. Kupcho shot 66, Thompson 67, and Lewis 68, with Lewis playing alongside Kim the first two days.

Lewis won the last of her 12 LPGA Tour titles in 2017. She was born in nearby Toledo and has an endorsement deal with Marathon Oil. From Texas, she’s treated like a hometown player.

“I love it,” Lewis said. “It was pressure at first, but now it’s fun. It’s nice having the crew out there behind me and give them something to cheer about this year, which is awesome.”

Canadian Alena Sharp carded a 1-over 72 to slip into a tie for 11th after holding a share of the 18-hole lead.

“I’m hitting the ball really good this week, reading the putts well, and putting good rolls on them,” Kupcho said.

She parred the par-5 17th and 18th after birdieing three of the previous four holes.

Thompson is coming off a two-week break.

“I just took yesterday’s round and came into today with the same confidence and same mindset,” Thompson said. “Just firing at pins and focusing on one shot at a time. I feel good with where my game is at. It was perfect weather. Couldn’t ask for anything better.”

Yealimi Noh, the 17-year-old from California who tied for sixth last week in Wisconsin in her LPGA Tour debut, missing the cut with rounds of 73 and 72. She played on a sponsor exemption after Monday qualifying last week.