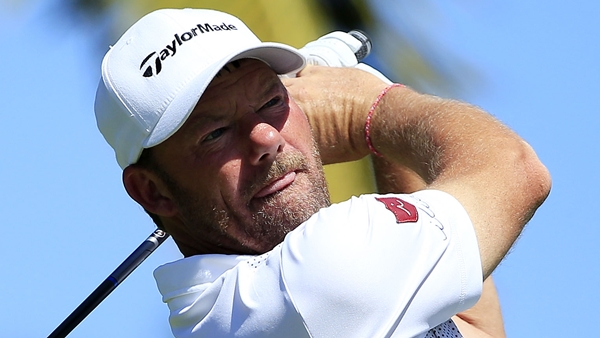 RIO GRANDE, Puerto Rico – Alex Cejka birdied three of his last five holes Friday for a 5-under 67 and a one-stroke lead in the PGA Tour’s wind-swept Puerto Rico Open.

Cejka birdied Nos. 5, 7 and 9 in a bogey-free round to reach 7-under 137 at Trump International-Puerto Rico. A four-time European Tour winner, the 44-year-old Czech-born German is winless on the PGA Tour.

“I like it here,” Cejka said. “I’ve been coming here for a lot of years. … My short game is great. I make a lot of putts when I need to and I’m in a great position right now.”

He has made only one bogey in 36 holes.

“It’s windy all day long,” Cejka said. “Sometimes it gusts a little bit more, sometimes a little bit less. But it’s a consistent wind, and since we got here on Monday or Tuesday, all these players, it’s been the same. Same direction, same kind of strengths of the wind, so you can adapt to the wind condition.”

Brandon Hagy was second. Making his third PGA Tour start, he birdied his final hole for a 67.

“I played well today, controlled my ball, which you have to,” Hagy said. “It’s very windy out there. I just kind of tried to let it go and hit good golf shots. It was a good day.”

Argentina’s Emiliano Grillo was third at 5 under after a 70.

Defending champion Chesson Hadley topped the group at 3 under after a 70.

First-round leader Mark Hubbard followed his opening 68 with a 74 to drop to 2 under.

Sitting even-par thru 36 holes are Canadians Adam Hadwin and Stephen Ames. The pair have a share of 31st after matching even-round 72s Friday.

Failing to advance to weekend play were Team Canada’s Corey Conners, an amateur from Listowel, Ont. and Roger Sloan of Merrit, B.C. Conners finished 4-over par (74-74), while Sloan was 10-over (77-77).