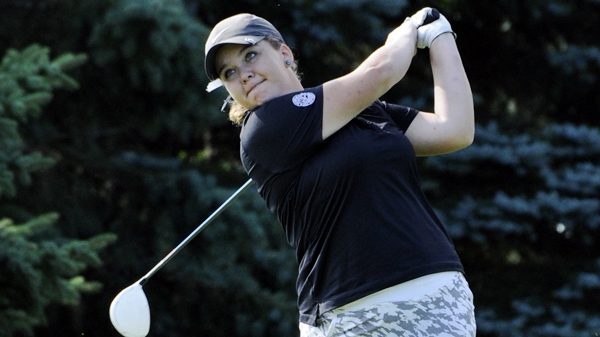 Thornhill’s Kelvin Lim, 12, and Jason Chung, 15, fired opening rounds of 2-under-par 70 to share the lead, while Brendan Seys, 16, of Port Lambton, Ont. and Raphael Lapierre-Messier, 17, of St-Jean-Sur-Richelieu, Qué. scored even-par rounds to follow in a tie for third.

In the Junior Girls Division, Alyssa Getty, 17, of Ruthven, Ont. leads after carding three birdies and one bogey for an opening 2-under-70. Céleste Dao, 13, of Notre-Dame Ile Perrot, Qué. sits in second after a 2-over 74, while Jasmine Mussani, 15, of Greely, Ont. follows in third by one stroke.

Gabriel Gringas, 17, of Chelsea, Qué., provided the highlight of the day after acing the 145-yard eighth hole with a nine iron.

The top six competitors in the Junior Boys division of each of six regional CN Future Links Championships being held in 2014 earn exemptions into the 2014 Canadian Junior Boys Championship to be contested July 28 – August 1 at the Legends on the Niagara’s Battlefield Course in Niagara Falls, Ont.