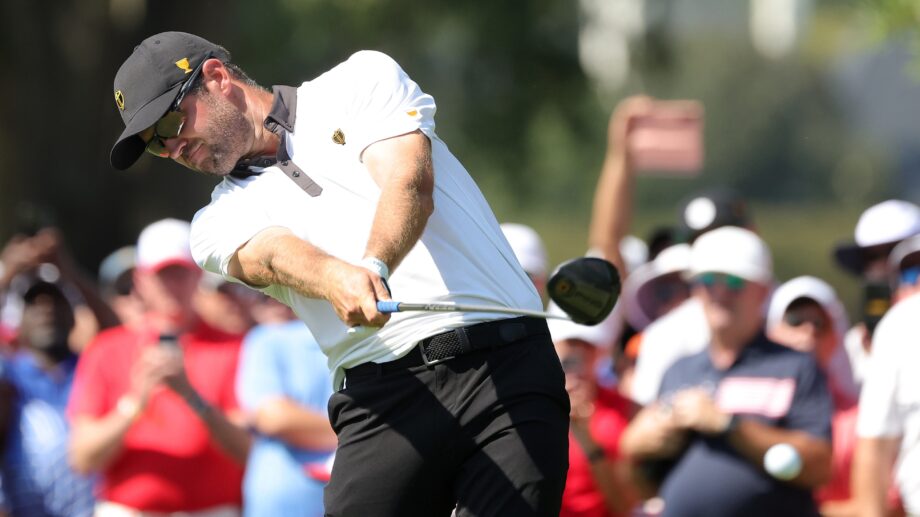 CHARLOTTE, N.C. – Taylor Pendrith woke up early on Thursday morning and couldn’t get back to sleep. Thoughts of his first tee shot at the Presidents Cup were running through his head, keeping him awake.

But when Pendrith laid into a 308-yard drive on the first hole at Quail Hollow Club, he felt like he belonged at the prestigious international event.

“I knew I was going (to) be nervous. I think if you’re not nervous, there’s something wrong with you,” said Pendrith. “It’s obviously a huge event with tons of history and to be a part of the squad is amazing.

“I was thinking about that tee shot for a long time but I stepped up and hit a really good one and just trusted my skills.”

Pendrith, from Richmond Hill, Ont., and Corey Conners of Listowel, Ont., debuted for the international team at the Presidents Cup on Thursday. Pendrith and partner Mito Pereira of Chile battled with American Tony Finau and Max Homa until the 18th hole, eventually losing 1 up as the United States took a 4-1 lead overall.

“I think me and Mito did a good job today staying in it, giving ourselves lots of chances and staying patient,” said Pendrith, as he and Pereira rallied from a two-shot deficit after six holes to carry a tie into the final hole. “Lots of confidence moving forward to tomorrow.

“If we can come out and steal a couple of points I think we’ll be right in it.”

Conners and Pendrith, close friends who were teammates and roommates at Kent State University, will be paired together for Friday’s final match as the event’s format switches from foursomes to four ball.

It’s the first time two Canadians have played in the best-on-best tournament that sees 12 Americans take on 12 players from around the world, excluding Europe.

Conners and South Korea’s Sungjae Im fell to Jordan Spieth and Justin Thomas 2&1 in Thursday’s second match. They shook hands on the 17th green with a tie out of reach.

“We just didn’t get off to the best start in the match,” said Conners. “We battled back nicely but just couldn’t get the important putts to go in at the end there.”

South Korea’s Si Woo Kim and Australia’s Cam Davis were the only international pairing to win. After seven holes they were trailing Scottie Scheffler and Sam Burns 3 up but closed out with six birdies in their last 10 holes, including four in a row on Nos. 15-18, to beat the Americans 2 up.

“It’s always more satisfying when you start off not having your best stuff and then you find a way to turn it around, especially against the calibre of players that are playing here,” said Davis.

Typically a biennial event, the 2021 Presidents Cup was postponed one year due to the COVID-19 pandemic. Venues alternate between the U.S. and international locations, with Royal Montreal Golf Club scheduled to host the Presidents Cup in 2024.

This year’s edition is undeniably on American soil, with fans wearing star-spangled outfits, loudly cheering their team, and booing when international fans tried to get their own chants going.

The internationals weren’t without their supporters, however. A pair of fans from Winnipeg were dressed as Mounties despite the 35 degrees Celsius heat, with a Canadian flag draped off the grandstand tightly hugging the first tee box. They chanted Conners’s and Pendrith‘s names when they were introduced to the crowd, even if they were quickly drowned out by “U-S-A” chants.

“I’ve never experienced anything like this before. It was crazy. It was so much fun,” said Pendrith. “Tons of people, good support for the international team.

“The first tee shot was quite the experience, got up there and hit it right down the middle and settled in after that.”