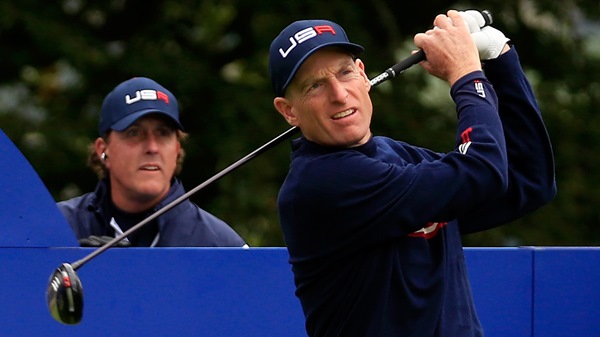 The PGA of America wants to take a closer look at its Ryder Cup failures by creating a task force that includes Tiger Woods and Phil Mickelson, along with three past captains of losing American teams.

The co-chairs are PGA chief executive Pete Bevacqua and Derek Sprague, next in line to be president of the PGA of America. The purpose was to examine everything from how the captains are picked to how the players qualify for the team, and when the captain’s picks are decided.

“This is a great step by the PGA to accomplish what we all want – to win the Ryder Cup,” Woods said in a statement issued by the PGA of America.

The previous two matches were decided by one point, including 2012 at Medinah when Europe rallied from a 10-6 deficit with the greatest comeback by a visiting team. PGA president Ted Bishop, saying he was tired of losing, picked Tom Watson as the oldest (65) captain in Ryder Cup history for the 2014 matches in Scotland.

The move backfired. Watson appeared to be out of touch at Gleneagles in his decisions and at news conferences. The Ryder Cup ended with an awkward news conference in which Mickelson – beside Watson – praised the success of Paul Azinger in 2008 in the most recent U.S. victory and suggested that Watson didn’t embrace that winning formula.

In the aftermath of the loss, various reports painted a picture of a heavy-handed leadership style in the U.S. team that brought even more attention to the loss.

The task force does not include Azinger, who said on Monday it was too soon after the Ryder Cup. Azinger said he has a private meeting already scheduled with the PGA of America within the next month.

Sprague is expected to take over when Bishop’s term as president expires next month at the PGA’s annual meeting. The other PGA of America official on the task force is Paul Levy, who is the secretary of the organization.

The past captains on the committee are Davis Love III (2012), Tom Lehman (2006) and Raymond Floyd (1989). Mickelson and Woods are joined by Steve Stricker, Jim Furyk and Rickie Fowler.

Woods has played on only one winning team, in 1999. Mickelson and Furyk have played on two winning teams. Stricker played in his first Ryder Cup in 2008 and was an assistant captain at Gleneagles. Fowler has yet to win a match in his two Ryder Cup appearances.

Overlooked in the reaction to the latest American loss was the strength of the European team, which had four of the top five players in the world when the teams were set. Europe had three of the four major champions in Rory McIlroy (British Open, PGA Championship) and Martin Kaymer (U.S. Open).

“I see the negative connotations to it taking away from our victory, but I see the positive side that they’ll have to really have an in-depth look to what they are doing wrong, and try to bring together a recipe that connects,” Graeme McDowell said from the Volvo World Match Play Championship in England.

This Ryder Cup featured an unusual spate of second-guessing even before the match. Watson selected Webb Simpson with his final captain’s pick, overlooking Chris Kirk who had just won a FedEx Cup playoff event. Billy Horschel went on to win the next two playoff events after the wild-card selections were announced.

Simpson played only two matches at Gleneagles. Mickelson, with a U.S. record 10 appearances, was benched all day Saturday.

The PGA of America did not reveal a timetable for when the task force would meet or even what would come out of it. The next captain will not be selected until next year – it typically is announced at the PGA annual meeting in November.

“The Ryder Cup is our most prized competitive asset, and the PGA of America is committed to utilizing our utmost energy and resources to support one of the biggest events in all of sport,” Bishop said in a statement.