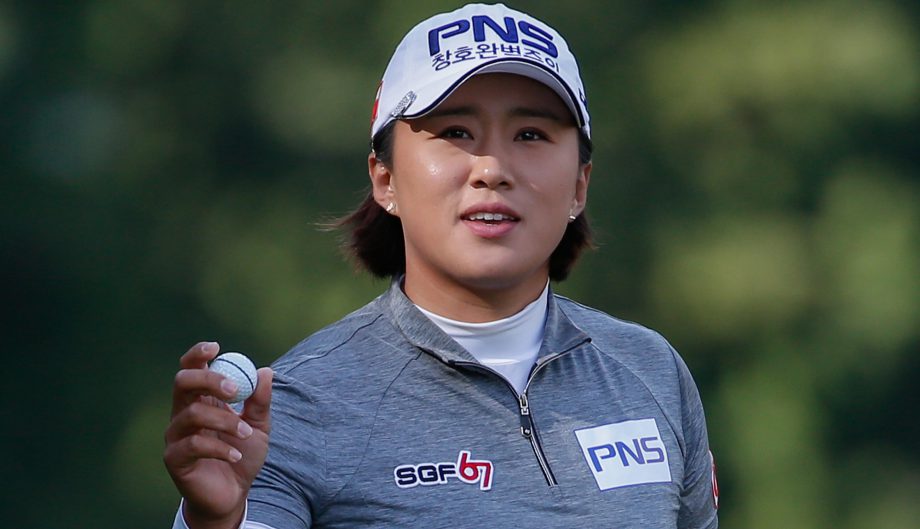 CHONBURI, Thailand – Amy Yang rarely wavered with a big lead during the final round of the Thailand LPGA tournament, shooting a 4-under 68 to win by five strokes Sunday.

Due to rain delays, Yang was forced to play her final five holes of the third round on Sunday morning, and she led by five strokes after 54 holes.

Later in the day, the 2015 Thailand champion saw her lead reduced to three shots on several occasions, but the South Korean held on to post a record 22-under 266 on the Siam Country Club’s Pattaya Old Course.

The previous tournament record of 21 under was held by Suzann Pettersen in 2007 and Ai Miyazato in 2010.

She missed her eagle attempt at 15, but made a three-foot putt for birdie to increase her lead to four shots with three to play. From there, her lead was safe and she birdied the 18th for good measure.

Lexi Thompson had the best round of the day, a 67, to finish tied for fourth, nine strokes behind, and level with fellow American Danielle Kang, who shot 68.

Hamilton’s Alena Sharp shot 69 to finish in a tied for 45th at even for the torunament. Brooke Henderson of Smiths Falls, Ont., also finished even after a final round of 72.

The tournament featured 18 of the top 20 players in the world, including top-ranked Lydia Ko of New Zealand, who shot a closing 68 and was tied for eighth, 11 strokes behind.

“I am beyond happy, I had so many early wakeup calls this week,” said Yang, who had to play 31 holes on Saturday and 23 on Sunday. “I had to stay patient out there.”

Yang carded 10 birdies, one eagle and only one bogey over her second and partial third rounds on Saturday.