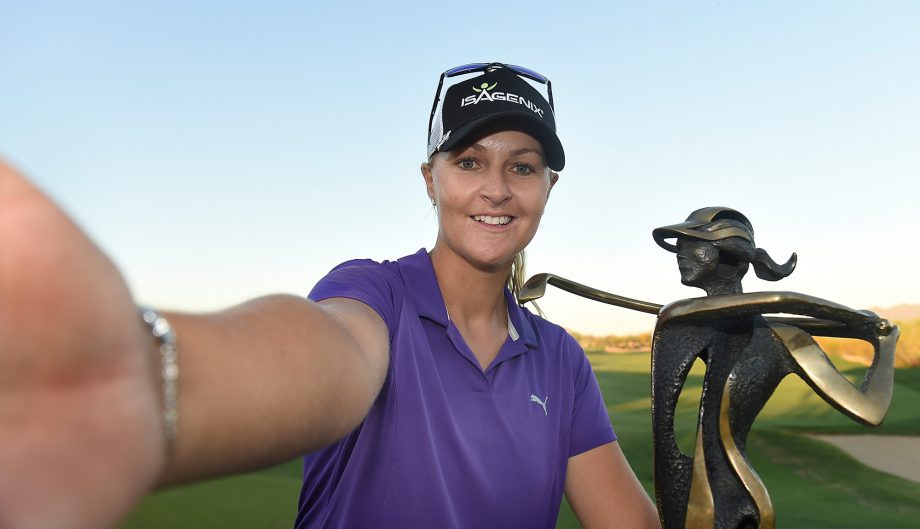 PHOENIX – Anna Nordqvist caught up with some college friends – and left everyone else behind Sunday on another hot afternoon at the Bank of Hope Founders Cup.

The 29-year-old former Arizona State player shot a 4-under 68 to hold off fellow major champions Ariya Jutanugarn, Stacy Lewis and In Gee Chun by two strokes in record 96-degree heat at Desert Ridge.

“I have so many friends and family here. They feel like family, my U.S. family,” the 6-foot Swede said. “Couldn’t think of a better place to be. I’m just so happy to be back. I wasn’t even going to play a couple weeks ago and just ended up adding it last minute. Maybe it was meant to be.”

Nordqvist won her seventh LPGA Tour title and first since successfully defending the ShopRite LPGA Classic title last June. In the U.S. Women’s Open in July, she lost a three-hole playoff to Brittany Lang after being penalized two strokes for touching the sand with her club in a fairway bunker on the second extra hole.

“Of all the wins probably this is the one that’s going to be more special,” Nordqvist said. “If it wasn’t for me getting an opportunity to come to Arizona State University about 10 years ago, I wouldn’t be here today. This truly still feels like home, even though I’m based in Florida.”

She finished at 25-under 263, two shots off the LPGA Tour record that Sei Young Kim matched last year at Desert Ridge. The Swede had a tournament-record 61 on Saturday to take a two-stroke lead into the final round.

Jutanugarn matched Nordqvist with a 68 in the final pairing, playing the back nine in 5 under. The second-ranked Thai star had a bogey-free week. She won five LPGA Tour titles last year and topped the player of the year points race and money list.

Nordqvist made a 4-foot birdie putt on the par-4 10th to take a one-stroke lead, and pushed the margin to two with an 18-footer in the par-4 13th.

She made a 25-footer on the par-3 17th and closed with a bogey after failing to get up-and-down from the left greenside bunker on the par-4 18th.

“Saw the leaderboard on 15, but I just tried to keep my head down and do my thing,” Nordqvist said. “Felt like I played pretty solid on the front and made two good putts on 13 and 17. A little interesting at the end, but I’m so happy and proud of myself this week.”

Top-ranked Lydia Ko also had a bogey-free week, closing with a 68 to tie for eighth at 20 under. Moria Jutanugarn, Ariya’s older sister, also was 20 under after a career-best 63.