Another day, another 63 for Patrick Reed at Humana Challenge 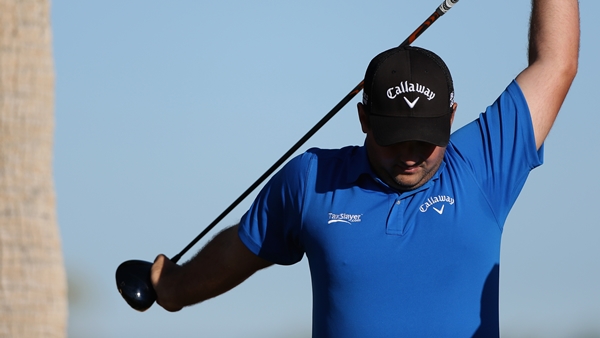 LA QUINTA, Calif.  – Patrick Reed has been as good as the weather and course conditions at the Humana Challenge – and just as predictable.

Another sunny, calm day. Another 9-under 63.

Reed broke the PGA Tour record for relation to par for the first 54 holes, finishing at 27 under Saturday to take a seven-stroke lead into the final round.

Playing over a pond as still as the plastic swans PGA West uses to scare away geese, Reed birdied his final hole on the Nicklaus Private Course, hitting a wedge to 2 feet on the par-4 ninth. He also had an eagle, eight birdies and a bogey.

“Any time you set a record on the PGA Tour it means you’re doing something right,” Reed said. “Well, a lot of things right. But at the same time it doesn’t matter if you have the 54-hole lead. All that matters at the end is at the end of Sunday.”

The 23-year-old Reed broke the mark of 25 under set by Gay Brewer in the 1967 Pensacola Open and matched by Ernie Els in the 2003 Tournament of Champions, Steve Stricker in the 2010 John Deere Classic and Pat Perez in the 2009 La Quinta event. Reed was one off Stricker’s stroke record of 188 set on a par-71 course.

“Almost seems like I’m in a putting coma,” said Reed, the first player in tour history to open an event with three rounds of 63 or better. “The hole seems huge. It almost feels like I can’t miss. It’s interesting because when I do miss a putt, I get really frustrated because I almost feel like I should make it.”

The Wyndham Championship winner in August, Reed opened Thursday on the Arnold Palmer Private Course and played La Quinta Country Club on Friday. He has played the 11 par 5s in 11 under, the 28 par 4s in 12 under and the 13 par 3s in 4 under.

Charley Hoffman and Brendon Todd were tied for second. Hoffman, the 2007 winner, had a 66 on the Palmer course – the site of the final round. Todd shot 68 at La Quinta.

“I wish I was a little closer than seven,” Hoffman said. “The weather’s been perfect, greens are perfect. The scores and birdies are out there.”

Reed’s seven-stroke margin is the largest entering the final round in event history, a stroke more than Rik Massengale took into his 1977 victory. David Duval overcame a seven-stroke deficit to win in 1999, closing with a 59 on the Palmer course. Last year, Brian Gay began the last day six strokes behind and ended up winning in a playoff.

“He’s obviously playing really, really well, but if you go out there, I mean, I shot 9 under there yesterday,” Todd said. “If you go out there with the same mentality, trying to play as well as you can, you get hot early, put a little pressure on him, there’s plenty of opportunities for him to make bogey.”

Reed eagled the par-5 16th on his first nine, hitting a 5-iron from 212 yards to 3 feet. Using his 50-degree wedge – the club he hit close on the final hole – on the par-4 sixth, he nearly holed a 125-yard approach, with the ball spinning back by the cup.

“It was basically the same shot,” he said. “The only difference is I didn’t spin it as much on the last hole.”

He made a 15-foot birdie putt from the fringe on the par-3 seventh, and then missed a birdie chance on the par-5 eighth when his approach went left into greenside rough.

“Only had a three-quarter 6-iron in my hand,” Reed said. “There are shots out there I could have had. But, at the same time, it’s another 63.”

Reed’s wife, Justine, is pregnant with their first child, forcing her to turn over caddieing duties to her brother, Kessler Karain. She has walked every hole this year and plans to caddie again after the baby arrives around Memorial Day.

“They’re brother and sister and they act in their demeanor’s so much the same,” Reed said. “I’m happy she’s outside the ropes right now, because she’s carrying my little girl.”

After helping Augusta State win NCAA titles in 2010 and 2011, Reed drew attention in 2012 when he successfully Monday-qualified for six events and made 12 starts.

“I was like 130-something place after two rounds and shot 18 under the last four rounds to get in,” Reed said. “That was probably the most nervous 3-footer I ever had in my life on the last hole for par.”

Reed played alongside Tommy Gainey the first three days. Gainey shot 74-74-74 to tie for 150th among the 155 finishers – 33 strokes behind his playing partner.

“If I’m Patrick Reed, I’m going to but some lottery tickets,” Gainey said. “He’s just hitting it too good and making everything he looks at. When you have that combination, nobody’s going to beat you.”

On the Canadian front, Ottawa’s Brad Fritsch was the lone Canadian to make the 36-hole cut. He went 5-under Saturday and is tied for 34th at 12-under.