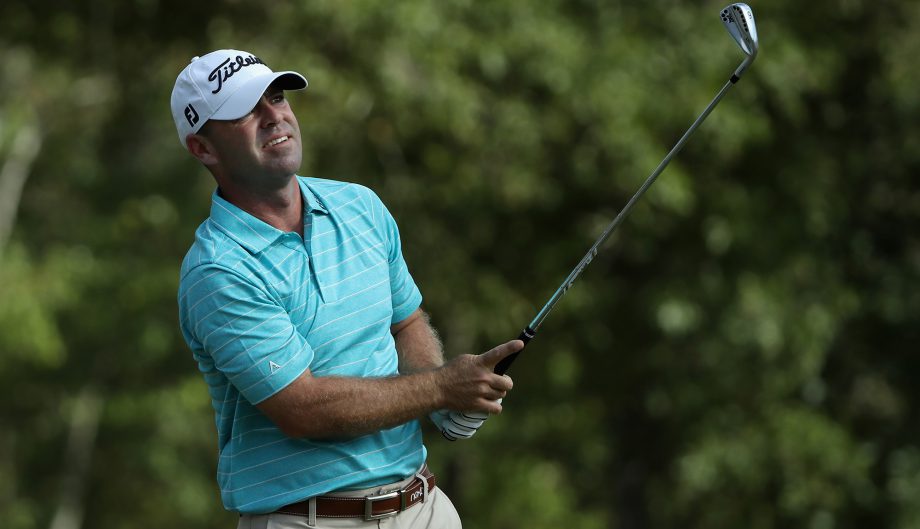 JACKSON, Miss. – Ryan Armour shot a 4-under 68 to take a one-shot lead at the Sanderson Farms Championship on Friday.

The 41-year-old Armour has never won on the PGA Tour and has only four top 10s in 104 career events. He made four straight birdies on the back nine and finished just before a wave of thunderstorms swept over the Country Club of Jackson and suspended play for the day.

There were 30 players still on the course when play ended. They’ll finish their second rounds on Saturday in what’s expected to be much colder weather.

Armour is at 10-under 134. Tyrone Van Aswegen is one back after shooting a 65 on Friday. Vaughn Taylor shot 66 and is two shots back, along with Seamus Power, who has two holes left to play.