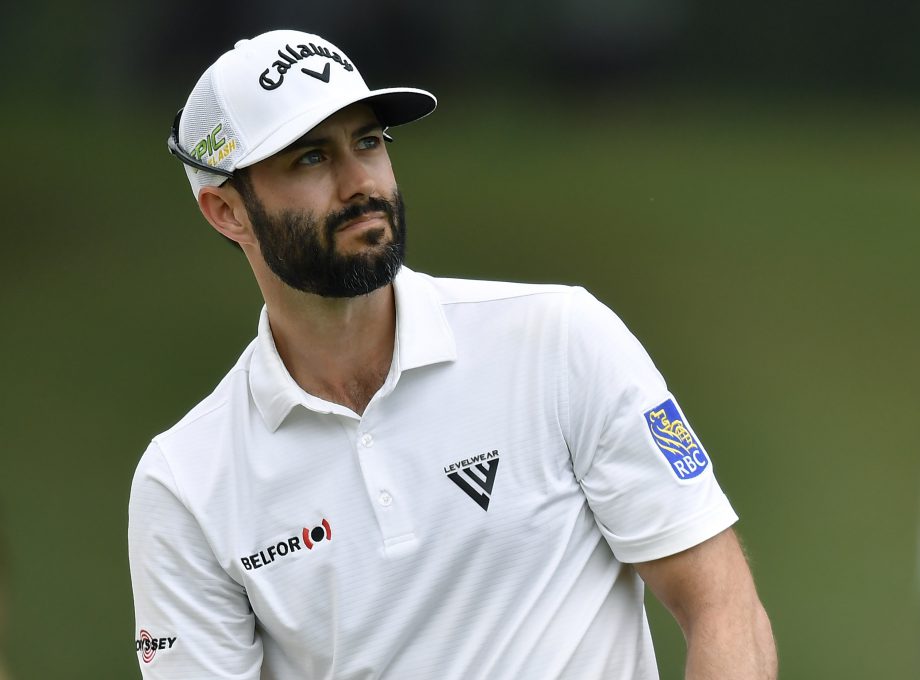 Any time Adam Hadwin is asked about his professional goals, he mentions playing in the Presidents Cup.

The product of Abbotsford, B.C., debuted in the international team event two years ago and it was a seminal moment in his career. After two top-five finishes to start the 2020 PGA Tour season, Hadwin is in good position to make it back to the Dec. 9-15 Presidents Cup and the 31-year-old golfer relishes the opportunity to re-immerse himself in the prestigious tournament’s atmosphere.

“It’s been on my mind since the last one ended,” said Hadwin. “It was such an incredible experience. Being a part of a team is something you rarely get in golf. So being part of such a great group of individuals that are all trying to come together for the same goal is special.”

Although Hadwin’s international team lost 19-11 to the United States at Liberty National Golf Club in 2017, he was bitten by the bug.

“I know we got waxed by the Americans but it was still such an incredible experience being around the top guys in the world,” said Hadwin. “Once you’re a part of it once you never want to be left off of it again.

“I didn’t play well enough in the past year to get into that top eight and really felt like I needed to do some good work in these fall events before (Els) would pick his team.”

Els is expected to make four selections as captain’s picks the week of Nov. 4.

Hadwin has posted some strong results early in the 2020 season. He shot a 16-under overall to finish second at the Safeway Open and then fired a 20-under overall to tie for fourth at the Shriners Hospital for Children Open.

Those back-to-back top-five finishes have Hadwin ranked fifth in the FedExCup standings with 415 points headed into this week’s Houston Open.

Hadwin’s strong play has caught the eye of at least one other person: fellow Canadian Graham DeLaet, who played in the 2013 Presidents Cup.

“I would be surprised if Ernie (Els) didn’t give him a shot to play down there in Melbourne. I think he deserves it,” DeLaet told Golf Canada earlier this week. “He’s got some experience underneath him. There are some new faces on that team so I think some of that experience is going to be helpful. He’s playing great, which has been good to see.”

Hadwin’s fast start hasn’t just made a return to the Presidents Cup possible, it’s made the rest of the PGA Tour season significantly easier.

“It definitely helps. It takes a lot of pressure off the rest of the season,” said Hadwin. “Not that I’m going to relax and rest on some good early play but being in a nice position, earning a bunch of FedEx points early, it sets up a whole season.

“I know that I’m not going to be stressing at the end of the year about keeping a job. More than anything it validates all the work we’ve been putting in.”

Hadwin is spending a couple of weeks at his home in Phoenix before heading to Asia for the ZOZO Championship in Chiba, Japan and then the HSBC Champions, a World Golf Championship event, in Shanghai.

PGA TOUR:
Mackenzie Hughes of Dundas, Ont., will be in the first group teeing off at No. 1 at the Houston Open on Thursday. DeLaet, from Weyburn, Sask., Michael Gligic of Burlington, Ont., David Hearn of Brantford, Ont., and Roger Sloan of Merritt, B.C., will also be in the field at the Golf Club of Houston.