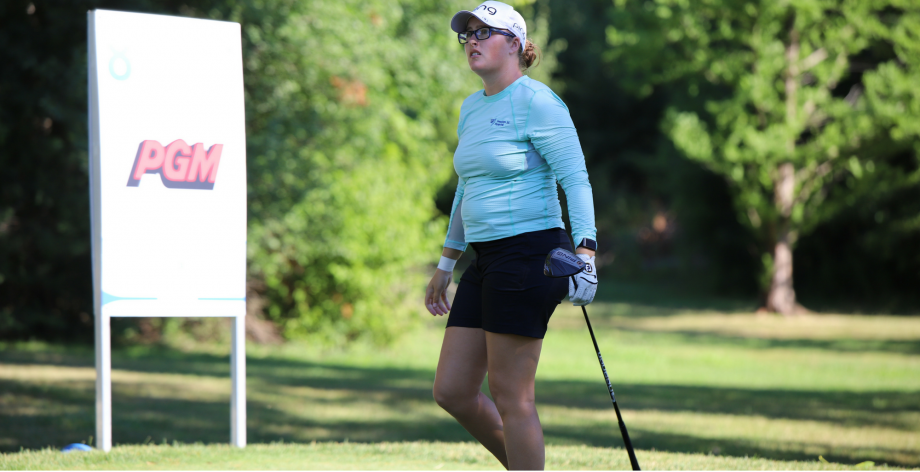 The Bath, Ont., talent shot her third 69 of the weekend to finish at 10 under, only two strokes behind the winners after firing three consecutive birdies on the back-nine.

Seong and Stephanie Meadow (Jordanstown, Northern Ireland) were tied atop the leaderboard at 12-under par following the conclusion of 72 holes. They proceeded to play the par-3 18th in a sudden-death playoff format until a winner was decided.

On the fourth hole, it was Seong who ran in a birdie putt to end the drama at Brook-Lea Country Club. After the trophy presentation, the 18-year-old still could not believe she had won.

“I didn’t think about winning to start the day, just focused on my goal,” said Seong. “I’m not feeling anything yet because I don’t know what a champion is supposed to feel. I know that I won, but the feeling has not come to me.”

To start the final round, Seong was tied for sixth at 7-under par, four shots behind Meadow. That deficit quickly disappeared when she carded five birdies, an eagle and only one bogey to record a 6-under par 30 going out.

“I started very nice and didn’t think about my score, not about being 13-under,” said Seong, who held the solo advantage when she made the turn.

“Just very nervous, but still had a chance and I just took my chance,” Seong said. “First playoff hole, I was very nervous with my tough chip. After two playoff holes I thought, ‘Just second, if I lose it’s just second,’ and not nervous.”

The two exchanged pars over the first three playoff holes. On the fourth effort, Seong hit her tee shot to 10 feet. Once Meadow missed her birdie putt from just off the green, it was Seong’s tournament for the taking and she redeemed herself from the earlier bogey.

“I think I just start new because I am a professional now and then I have to recover every tournament,” Seong said. “When I was an amateur, I was playing very hard and would just hit. If I hit bad it’s okay because I am not pro, but now I am pro and I want to learn from my play.”

For Meadow, it was the second time she found herself in a playoff this season. The first was at the IOA Championship presented by Morongo Casino Resort & Spa when she buried a 40-foot putt to win on the first playoff hole.

“Wish I had that again,” Meadow said laughingly. “I just made a couple mistakes, but made some great putts out there to get myself back in it. It was such a hard hole to have a playoff on because I was right between a 5-iron and a 4-hybrid. She made a great birdie.”

Coming out on the other side of things this time around stings, but also leaves Meadow feeling confident about what is to come. The performance marked the seventh top-10 finish for the former University of Alabama four-time First Team All-American.

“I played great, made really great decisions and it was way better than my last three weeks,” said Meadow, who shot 1-under par today. “I just have to take the positives and keep rolling with it.”