Australian Smith stages another 67 at US Women’s Open 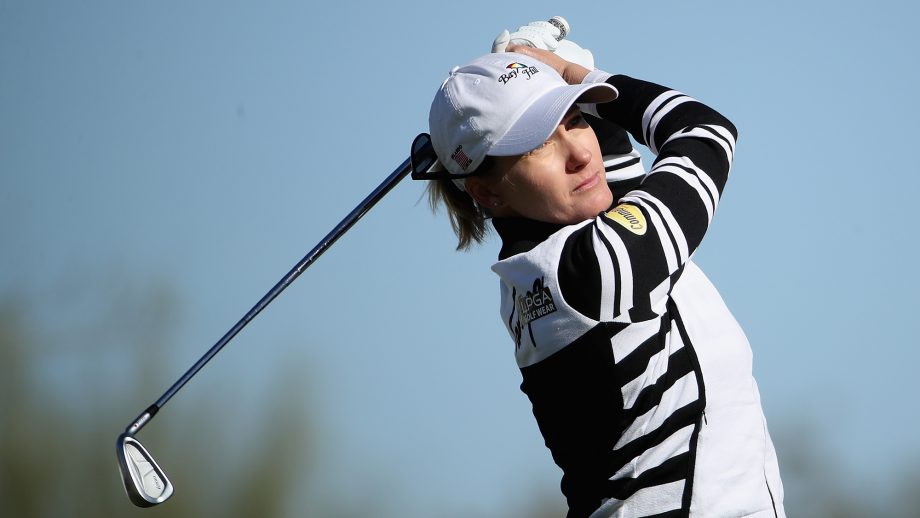 BIRMINGHAM, Ala. – Sarah Jane Smith outpaced the thunderstorms and the rest of the field at the U.S. Women’s Open.

The Australian extended her lead to four strokes after a second straight 5-under 67 Friday at Shoal Creek. Smith got her round in before a 2-hour, 49-minute delay caused by thunderstorms, weather that ultimately forced play to be halted with a little daylight left.

Now, she enters the weekend leading a major championship, unfamiliar territory, but also with 36 holes down. Other contenders like Thailand’s Ariya Jutanugarn still must finish Round 2, which will be completed on Saturday with the low 60 scorers plus ties making the cut. Half the field didn’t finish the round.

Smith is at 10-under 134 heading into the weekend after failing to make the cut in five of her previous six U.S. Women’s Open tries.

“I haven’t been in the position before, I but I hope to show up like it’s another day,” Smith said. “I’m happy with the way I’m playing. I feel comfortable on the greens which has been something that has been a little bit off lately. So it’s nice to be able to feel like I’m seeing the greens really well and seeing some putts go in. Hopefully that keeps going.”

Smith has staged a strong comeback after having missed the cut in five straight LPGA Tour events this year, even switching back to an old set of clubs

She opened the day in a three-way tie atop the leaderboard with Jutanugarn and Korean Jeongeun6 Lee.

Jutanugarn had an opening birdie to move to 6 under through eight holes. Lee fell back to 2 under with a second-day 75. Korean-born Su-Hyun Oh shot 68 and is also 6 under.

Hamilton’s Alena Sharp was tied for 60th at 4-over par through seven holes when play was suspended. Celeste Dao of Notre-Dame-de-l’Ile-Perrot, Que., will miss the cut after shooting an 8-over 80.

Brooke Henderson of Smiths Falls, Ont., withdrew from the tournament early Friday morning to attend to a family emergency.

Smith has played 5-under on the back nine holes each of the first two days and settled for par on the front. She had a 29-hole bogey-free streak end with a three-putt on No. 8 – she started on the 10th tee – a rare mistake for her at the midway point.

Duane Smith, his wife’s caddie since qualifying school, could only compare her current play with a clutch Futures Tour performance to earn her Tour card a decade ago.

“She’s playing so good,” Duane Smith said. “Maybe years ago when she won the last event on the Futures Tour to get a card at the end of 2008. She had to win to get her card and she did and she opened up that nine holes, I think, 7-under on the front nine and then led the whole way. She played great that whole week but this is something totally different.”

Oh, who was born in Korea but moved to Australia at age 8, had an eagle on the par-4 15th hole. She is still chasing Smith, along with everyone else.

“We were looking at the leaderboard saying Sarah is very greedy, just taking all the birdies,” Oh said.

The course had taken heavy rains during the week, raising concerns about the course’s condition, but the sun held out for most of the tournament’s first two days. Play only continued for about an hour after the delay.

“It’s weird because it’s playing longer because it’s so soft but so hot so the irons are going really far,” Oh said. “So it’s just hard to guess and it swirls a lot within the trees so it’s just really difficult clubbing.”

Seven players are at 3 under, including amateur Linn Grant of Sweden and No. 1-ranked Inbee Park. Grant shot 72 and Park 71.

Defending champion Sung Hyun Park finished 9 over after a 76 and 77, which would be well below the projected cut line. Stacy Lewis, the 2012 player of the year, is among a big group just above the cut line at 4 over (through eight holes).

Sitting at 3 under after a 68, Spain’s Carlotta Ciganda said she was surprised to see any one at double-digits under par like Smith.

“I think at the end of the four days not many people will be there because it always happen in the U.S. Open,” Ciganda said. “I’m not too worried. I’m just trying to play my game, follow my strategy and try to hit fairways and greens and I think there can be a few good scores but not many.”