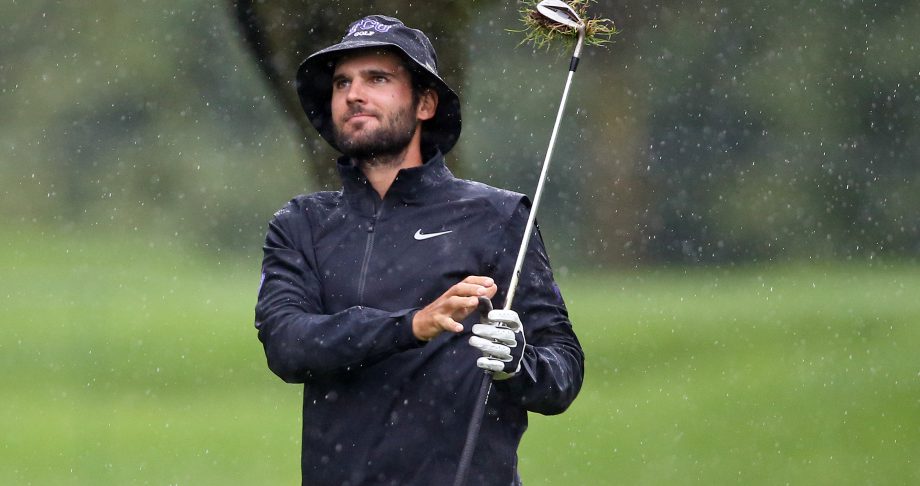 London, Ont. – In round three of the Freedom 55 Financial Championship at Highland Country Club, France’s Paul Barjon played his outgoing nine in 5-under 29, with additional birdies at Nos. 10, 15, 17 and en route to a bogey-free, 9-under 61.

At 20-under 190, Barjon will take a three-stroke lead over 18- and 36-hole leader Aaron Wise into Sunday’s final round of the 2016 Mackenzie Tour – PGA TOUR Canada. Barjon began round three trailing Wise by four strokes.
Barjon’s 190 total marks the lowest 54-hole score in Mackenzie Tour – PGA TOUR Canada history, a record previously held by Dan McCarthy, who posted 193 twice this season.

“I didn’t know what to expect with this weather, if we were going to play or not,” Barjon said. “I was thinking ‘let’s do the same thing as the first two days.’ My goal was to put myself into contention for the last day. My coach always told me, you can’t win a tournament on the first two days but you can lose it. So far, I haven’t lost it and I gave myself a good opportunity.”

Wise, who led after 18 and 36 holes, followed opening rounds of 62-63 with a 2-under 68 Saturday. Not only was the former University of Oregon Duck battling wind and rain with the rest of the field, but he was also having to contend with a hard-charging Paul Barjon in the same group.

“With the conditions we had, I thought 4- or 5-under was a really good round. For him to go out and shoot 9-under 61 is just incredible,” Wise said. “He deserves the lead and I’ll be chasing him tomorrow. I thought 2-under was a great score, and what Paul did today, that was awesome.”

Despite finishes of T8 and T11 in his last two starts before this week at the Cape Breton Open and Niagara Championship, respectively, the reigning NCAA champion and Order of Merit No. 5 played his four weekend rounds before this week in a combined 1-under-par. In 29 rounds this year now, his only over-par score, a 1-over 72, came in the final round last week at the Cherry Hill Club.

Wise, who captured his first professional win earlier this season at the Syncrude Oil Country Championship presented by AECON, is in solid position to move up from No. 5 among The Five. He can move as high as No. 2 on the Order of Merit with a win, provided Brock Mackenzie finishes outside of a three-way tie for fourth. Through 54 holes, Mackenzie is T4 at 12-under 198.

Seven shots behind Barjon at 13-under 197 is American Tain Lee. Lee played the five-hole stretch of Nos. 8-12 in five-under-par (birdie-par-birdie-birdie-eagle) en route to a 6-under 64, his career-best. Lee is currently 29th on the Order of Merit.

“I’m very pleased with how I played today,” said Lee. “It started pouring on 13, and those last few holes, I was even par through that stretch with a birdie on 18. I was very pleased with that and how I held up bringing it into the house at 6-under.”