Canada’s Baryla sits a stroke back in Argentina 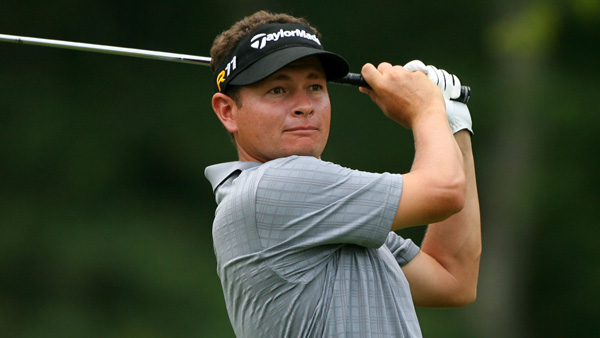 Buenos Aires, Argentina — Chris Baryla got off to a great start with a 7-under 65 at the Personal Classic, the PGA Tour Latinoamérica’s last calendar event of 2014.

The Calgary native made seven birdies in his bogey-free opening round at Las Praderas Club Campos de Golf, finishing the day in a four-way tie for second.

Baryla’s lone professional victory came at the 2009 Chattanooga Classic, where he won by one stroke over Troy Kelly.

Robbie Greenwell of Georgetown, Ont. also started strong on Thursday, making birdies on three of the first five holes. However, he would bogey 7 and double bogey 14 en route to finishing with a 70 which left him tied for 43rd.

Oshawa’s Derek Gillespie had polarizing nines in the opening-round, making nine consecutive pars on the front before carding three birdies, two bogeys and a double on the back. He finished with a 1-over 73 and is in 90th place heading into Friday’s action.