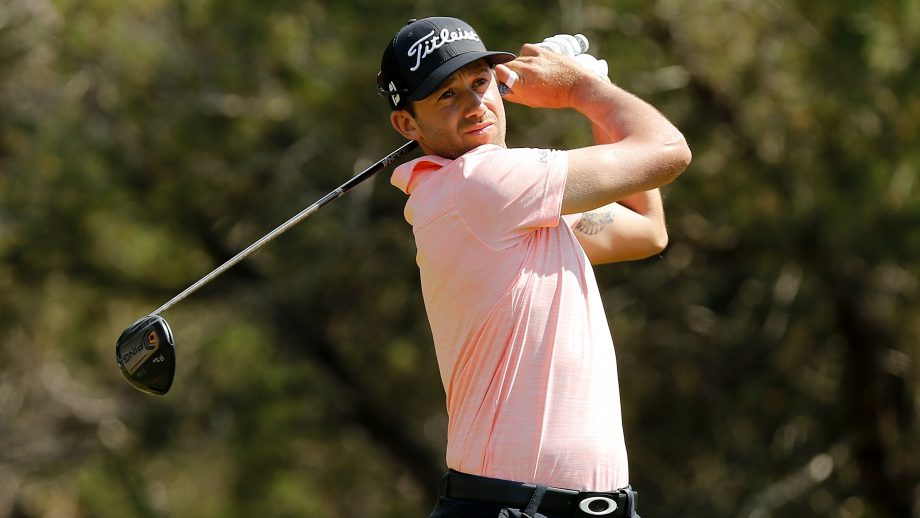 RENO, Nev. – Low Canadian sits T7 with 11 points after the first round on Thursday in the Barracuda Championship, the PGA Tour’s only modified Stableford scoring event.

He carded only one bogey and fired six birdies, two on the front nine and four on the back.

Schniederjans hit a 5-iron approach from 275 yards to 3 feet to set up the eagle on the par-5 18th at Montreux Golf and Country Club.

“Eagles are huge in this format,” Schniederjans said. “So, it’s a little more nerve-wracking, 3-footer being three more points. It’s interesting you have putts that are worth more than others.”

He finished with 17 points, also making six birdies. Players receive eight points for an albatross, five for eagle, two for birdie and zero for par. A point is subtracted for bogey, and three points are subtracted for double bogey or worse.

Denny McCarthy was tied for the lead with a hole to play just before sunset, but lost three points with a double bogey on the par-4 ninth to drop into a tie for second with Aaron Baddeley.

“This golf course isn’t easy,” McCarthy said. “If you get out of position, it’s tough. That’s how you can make scores. Like at home, on the last hole, minus-three, double. But for the most part I was putting it in play. I was giving myself really good looks on the greens.”

Robert Streb was fourth at 13 points, followed by Ryan Palmer and Hudson Swafford at 12, and John Merrick and Tyrone Van Aswegen at 11.

The winner will earn a spot in the PGA Championship next week at Bellerive, if not already eligible. Schniederjans is using the event to stay sharp for the PGA.

“Just my game is finally coming around,” Schniederjans said. “I really feel in control of my swing for the first time in a while. So, I felt really good coming in. And I kind of wanted to just get playing, because I felt like my stuff was finally in a place. Instead of taking a week off, I kind of wanted to get on a roll, play a little bit before the PGA and roll into next week with some rounds.”

“It’s pretty simple math, but I think it helps,” Schniederjans said. “The wind makes it really tough. I factor in the flight that I’m going to hit, and I do the elevation first. And then I factor in the wind.”

McCarthy, playing in the final group of the day off the 10th tee, eagled the par-5 13th and made five more birdies – three on par-5 holes. The former Virginia player is 149th in the FedEx Cup standings in his first PGA Tour season, with the top 125 advancing to the playoffs and keeping their tour cards.

“There’s a lot of really, really good players out here that are playing really, really well most of the time,” McCarthy said. So, if you’re not on your game mentally and physically, you’re going to get lapped out here, I promise you.“

Baddeley is 135th in the FedEx Cup race.

“I’m not stressed, to be honest,” Baddeley said. “Whether you go to Web finals or whether you finish in the 126 to 150 category, you’re going to get starts and my game’s in a good spot. I’m not stressed. I’m at ease with whatever happens. Just got to go out and play and try and win a golf tournament.”

Rod Pampling holed out for eagle from 123 yards on the par-4 14th to get to 15 points, then dropped six points on the final four holes with three bogeys and a closing triple bogey.

Norman Xiong, the Nicklaus Award winner at the University of Oregon, scored eight points playing on a sponsor’s exemption. He missed the cuts in his other three PGA Tour starts since turning pro.