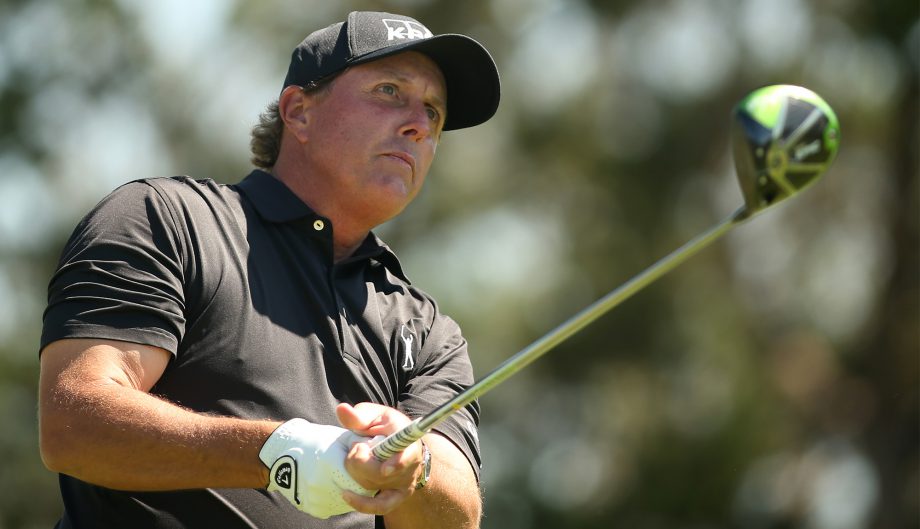 AUSTIN, Texas – Soren Kjeldsen and Alex Noren won their groups in the Dell Technologies Match Play, one round before group play is even finished.

Rory McIlroy took the day off, and he’s already guaranteed the weekend off.

Thursday was as wild as it gets in this tournament, even without wind ripping so hard through the edge of Hill Country that Phil Mickelson chipped into the water and still halved the hole.

Brandt Snedeker, showing class in the midst of such exasperating conditions, conceded a 7-foot putt when Andy Sullivan’s ball rolled up toward the hole and the wind blew it back.

“I’m sure everybody saw some funny-looking shots out there,” Charles Howell III said, who kept his hopes alive with a clutch pitch and a 1-up victory.

The wind had nothing to do with a domino-effect of withdrawals that allowed Kjeldsen and Noren to get a day of rest Friday.

One after Jason Day withdrew because his mother faces surgery for lung cancer, Gary Woodland pulled out because of a personal family matter. He was scheduled to play McIlroy in the second round, and while McIlroy was conceded a victory, he was eliminated four hours later when Kjeldsen won his second straight match. Kjeldsen was to play Woodland in the third round, so he was assured of winning the group at 3-0.

And so ended McIlroy’s week – 17 holes on Wednesday when Kjeldsen beat him with four straight birdies, no golf on Thursday, and a meaningless match Friday. All that’s left is for McIlroy to decide whether to play the Houston Open next week. He has played just 13 competitive rounds this year.

Noren, meanwhile, had an easy time over Bernd Wiesberger for his second straight victory. He only had to beat Francesco Molinari on Friday, but then Molinari withdrew with a wrist injury, assuring Noren a 3-0 record and a spot in the knockout stage this weekend.

Molinari pulling out also eliminated Wiesberger and Thongchai Jaidee, who get to face each other Friday with nothing at stake.

Along with two players already advancing, 23 players from the 64-man field already are mathematically eliminated.

It was even wilder on the golf course.

Mickelson, who has made it past the third round only once in his 12 previous appearances at Match Play, has never trailed all week and had no trouble against Daniel Berger. But the wind was gusting to 30 mph, and the sun baked out greens that became like Texas hardpan.

Berger was in the water on the par-5 12th and Mickelson was just right of the green in two. His pitch rolled – and rolled – beyond the flag, off the green and into the water. They halved with bogeys.

“It happens,” Mickelson said. “I just didn’t think that we would have the course so severe where that shot would be a problem.”

Still, Mickelson used a word seldom heard at Austin Country Club on Thursday. He said he had “fun.”

Match play made it acceptable.

Jordan Spieth stayed in the game with a 4-and-2 victory over Yuta Ikeda. They halved the 13th hole with double bogeys when Spieth hit into the water, and then Ikeda hit into the water. The wind was that strong, and it was even tougher on the greens.

Dustin Johnson had another easy time as he tries to get in position for his third straight victory, but he still has one more match to claim his group. Ditto for Brooks Koepka, who has yet to see the last five holes in competition. Koepka has closed out both his matches on the 13th hole.

Jon Rahm and Sergio Garcia both won two matches and now square off Friday to see which Spaniard wins the group. That also will be the case with Charl Schwartzel and Paul Casey, 2-0 in their groups and facing each other Friday.

“Now we get into the meat of this thing,” Casey said. “For me, it’s straight knockout tomorrow. It’s enjoyable. That’s what I like, and everything is on the line.”

Everything else is still up in the air.

With round-robin play – head-to-head results do not apply in case of a tie – there’s a possibility of two-man, three-man, even four-man playoffs to decide who advances out of group play into single elimination on the weekend.

Bay Hill winner Marc Leishman also had a chance to clinch his group if he had beaten Pat Perez, because Leishman was to face Day in the third round. Perez won on the 17th hole. If he doesn’t win his match Friday, he faces Leishman in a playoff.

“I knew I had to win today. If not, Leish could go drink all night and get ready for Saturday,” Perez said. “Massive performance, I think, on my part today to get that done.”