Birdie on 18 gives Lee a victory on her birthday 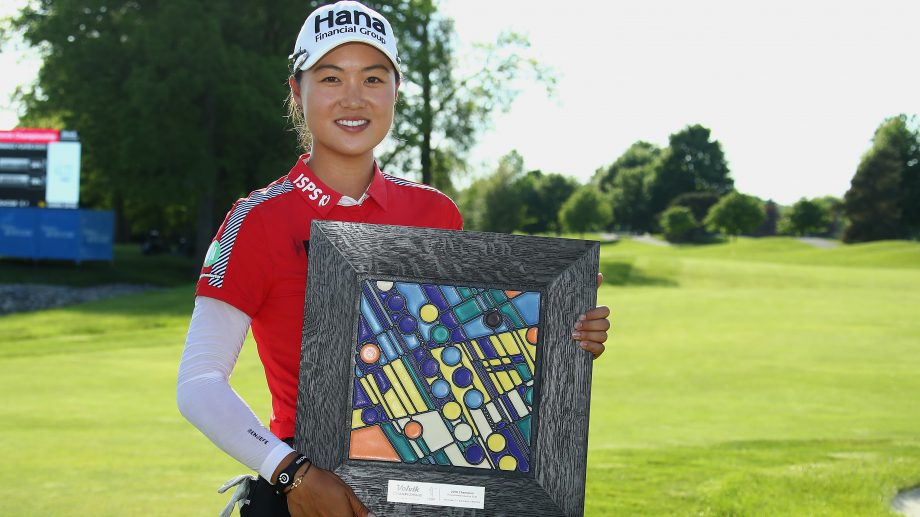 Lee, who turned 22 on Sunday, three-putted for a bogey on No. 17, dropping into a tie with Kim, who finished her round around the same time. So Lee needed a birdie to win on 18, a reachable par 5. Her second shot landed a few feet to the right of the green, and she calmly chipped to about 3 feet

She made the putt to finish at 4-under 68 and 16 under for the tournament. It was the Australian standout’s fourth career victory and first since 2016.

Kim (67) shot a 32 on the back nine and birdied No. 18, but it wasn’t enough to force a playoff at Travis Pointe Country Club.

Moriya Jutanugarn (65) finished third at 14 under.

Lee took a two-stroke lead into the final round, and that was her margin over playing partner Stacy Lewis before Lewis (71) bogeyed No. 7 and 8. Kim emerged as the biggest threat to Lee when she birdied four of the first five holes on the back nine. Lewis is playing five months’ pregnant with her first child.

Kim and Lee were briefly tied at 15 under, but then Lee made a tap-in birdie on the par-5 14th, while Kim bogeyed 15.

Lee saved par on 15 despite a wayward drive into a bunker, and she’d actually gone 38 consecutive holes without a bogey before making one on the par-4 17th. That, combined with Kim’s birdie on 18, left the two golfers tied, but Lee still had the 18th to come.

Lee lost this event by one stroke last year. Shanshan Feng, the 2017 winner, finished tied for 21st this time.

Maude-Aimee Leblanc was the top Canadian finish at the championship. The Sherbrooke, Que. native ended the tournament at 4-under. Fellow Canadians Brittany Marchand of Orangeville, Ont. finished with a 1-under.