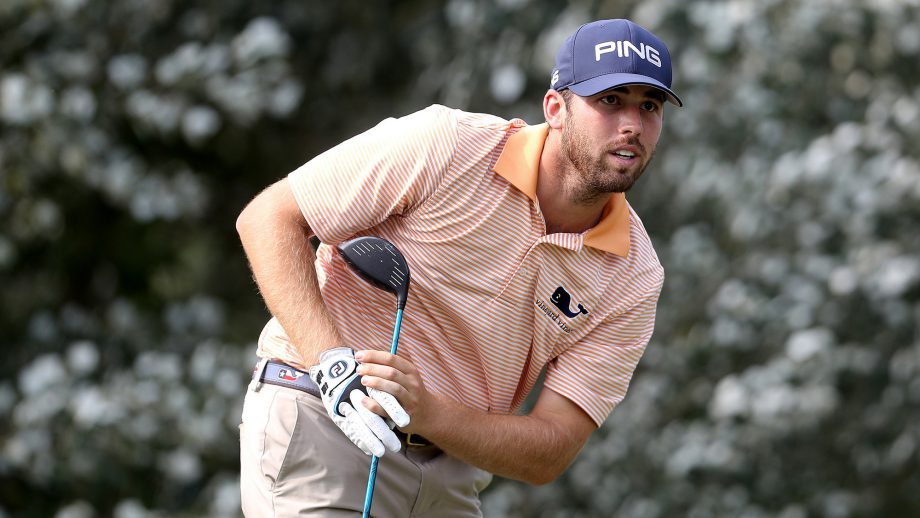 MONTREAL — It wasn’t easy, but after a one-hole playoff with Corey Pereira, Blake Olson captured his first career Mackenzie Tour victory after firing a Sunday 67, his second-best number of the week.

With the win, Olson moves all the way up from spot No. 42 on the Order of Merit to eighth, giving him an opportunity to move into The Five next week at the Freedom 55 Financial Championship.

“I said earlier in the week when asked about my goals that I was trying to get into the top-10,” said the Pensacola, FL native. “This win does that, but by no means am I secure, so I need to go have a good week next week and see where things stack up.”

Olson, entering the day two-strokes behind Pereira, made his move during the first half of the round, making birdie on hole Nos. 3 and 5 before three in a row from Nos. 8-10 put himself in a tie at the top of the leaderboard.

It wasn’t until Pereira made bogey on No. 14, just his third blemish of the week, that Olson possessed a solo lead.

“I had been in a pretty good spot last year with nine holes to play and didn’t finish it off, so this time I didn’t look at many boards,” said Olson. “I would see my name at the top but wouldn’t look at any scores, I just knew I was doing the right things and stuck to what I was doing.”

With Pereira making birdie on 17 and Olson already having signed for a share of the lead, the 27-year-old watched on as Pereira, who won earlier this season at the ATB Financial Classic, got up-and-down for par on the 72nd hole to send the two players back to the 18th tee.

With both players safely in the fairway, Pereira hit first, knocking his shot onto the back-left fringe, about 35-feet away from the pin. While Olson put his approach in the greenside bunker, he left himself with lots of green to work with, playing his third to eight feet.

Olson calmly knocked in his putt, and with Pereira unable to get his down in two, claimed his first win on a PGA TOUR sanctioned tour.

“It’s unbelievably hard (to win). This Tour is filled with so many good players, so many Web guys can’t even get into events up here,” said Olson, who made two cuts on the Web.com Tour in 2016. “I was lucky enough to come up here and play a full season, but the caliber is so high, everyone is getting better and, with Q-school around the corner, no matter what, if you compete on this Tour you’re playing good golf.”

Meanwhile, Michael Gligic locked up the Freedom 55 Financial Canadian Player of the Week award for the second consecutive event, and third time of the year.