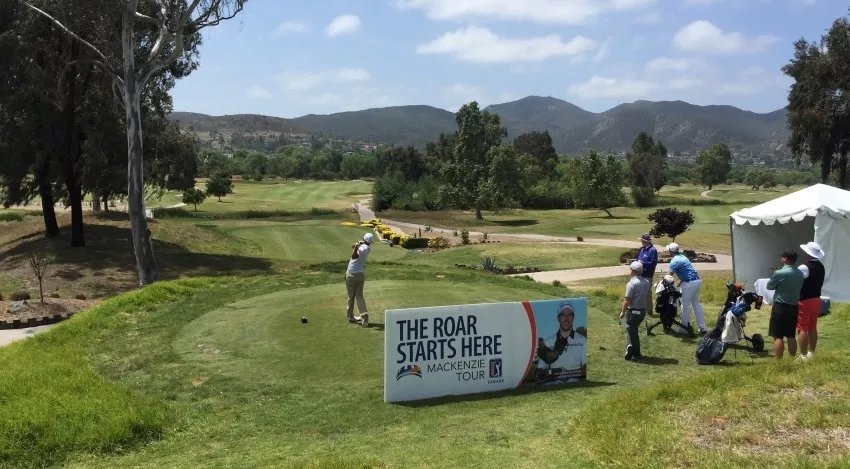 “We’re only halfway there, so it’s the same thing as the first two rounds; I’m going to pick out targets, swing at ‘em and whatever happens happens. We have a lot of work ahead of us, and I’m expecting gusty, high winds, so we’ll see,” said Blick.

With the sun just rising on his professional career, Blick said he was embracing the transition from college and learning the nuances of the professional game.

“It’s different. In college, if you lose by four shots in a tournament, you’re still in fifth. If you’re four back of the lead in a professional event, you’re 30th. Every shot is 10 guys, so every shot really matters,” said Blick.

Two shots behind Blick were Chin, who fired the day’s only bogey-free round (69) and is coming off a victory at a Golden State Tour event at Carlton Oaks last week, and Featherstone, who played collegiate golf at nearby San Diego State.