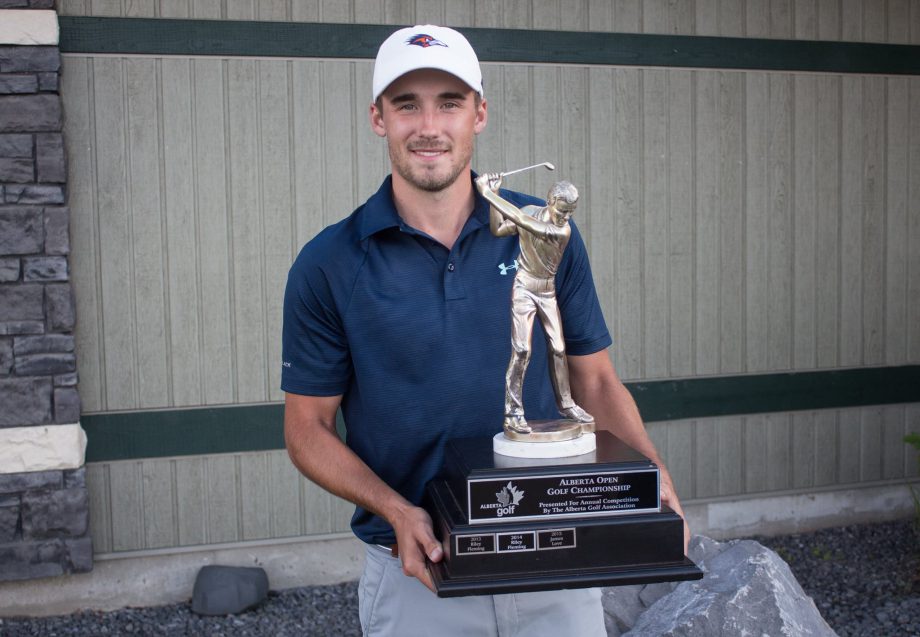 EDMONTON – Brett Hogan of The Glencoe Golf & Country Club claimed victory at the Scott Venturo Alberta Open Championship at RedTail Landing Golf Club with a tournament total of 10-under 134. After losing the lead to Calgary’s Wes Heffernan early in the round, Hogan chipped-in on the 18th to win by two strokes.

Hogan started his front nine with two bogeys and two birdies to give Heffernan the early lead. Hogan proceeded to make five more birdies on the back nine before finishing with his one-hop chip-in on the final hole. “I knew I had to do something special,” Hogan explained. “I hit it a lot harder than what I wanted to and it one-hopped into the pin. Crazy things happen I guess.” With the win, Hogan has earned an exemption into the Mackenzie Tour-PGA Tour Canada’s 2016 Syncrude Oil Country Championship.

Wes Heffernan claimed runner-up honours with an 8-under performance. Heffernan’s four consecutive birdies on his first four holes gave him the early lead. “It was pretty flawless for 15 and a half holes, one of the best rounds I’ve ever played in a tournament,” said Heffernan. “To get back into contention at the Alberta Open was awesome.” Heffernan remained positive, adding, “I guess I’ll have to try to win an Alberta Open again.”

Wes Heffernan was awarded $5000 for being the low professional.

The top 16 amateurs from the 2016 Scott Venturo Alberta Open Championship will move on to compete at the Alberta Match Play Championship from June 23-24.