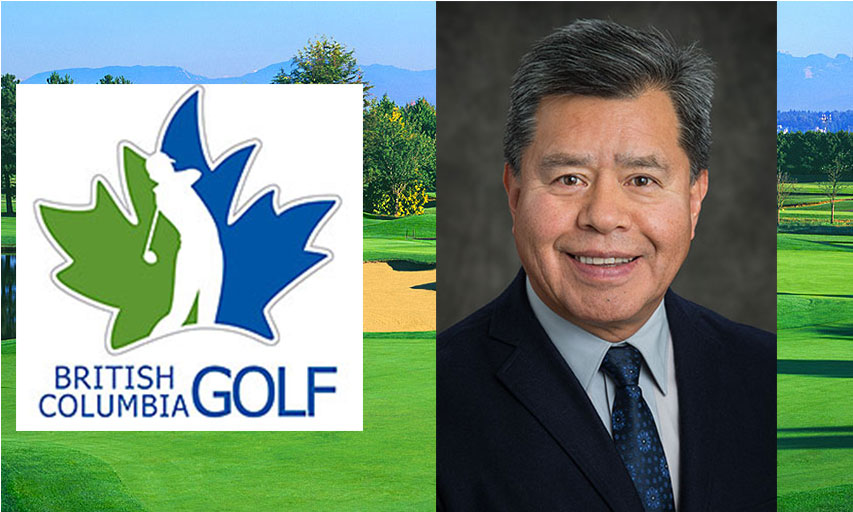 RICHMOND, B.C. – British Columbia Golf has announced the election of Patrick Kelly as the association’s new President. Kelly assumes the role from now immediate past president David Atkinson, who has held the position since 2013.

Patrick, who operates a consulting business, is a member of the Leq:amel First Nation (Sto:lo Nation.) and was elected their Treaty Representative for treaty negotiations, a role he held from 1998 to 2001. He has had a number of high level positions including a five-year term as Advisor to the Lieutenant Governor of BC.

The Attorney General for British Columbia appointed Patrick as a Bencher for the Law Society of BC, to represent the public interest in the administration of justice and in December 2010, he was appointed as Governor of the Law Foundation of BC.

In addition, he has been the Vice President, National Services, CESO; BC Director, Strategic Planning and Communications, Indian and Northern Affairs Canada and Manager, Cultural Relations and Corporate Training in BC Hydro’s Aboriginal Relations Department as well as having the role of Executive Director of the BC Chapter of the Canadian Council for Aboriginal Business.