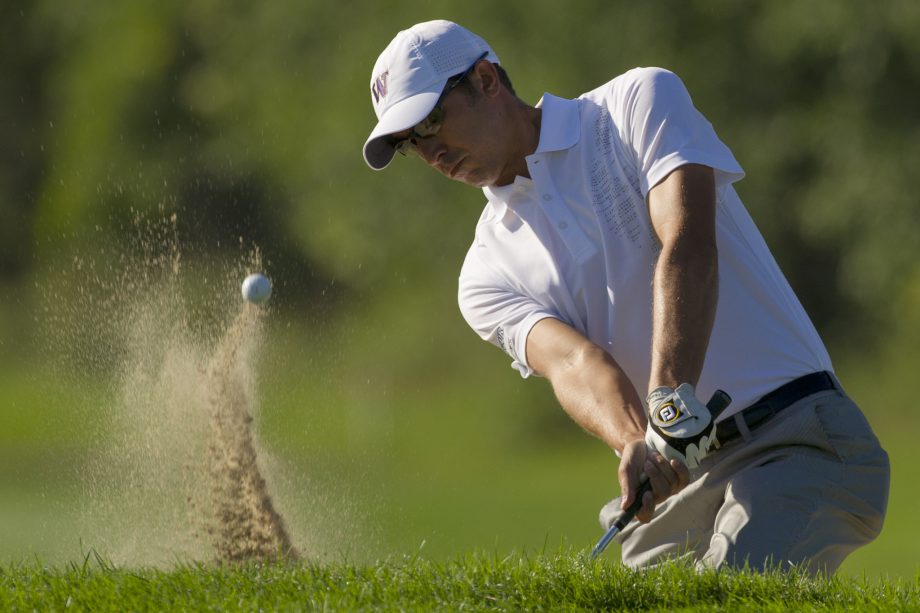 Ottawa – If Brock Mackenzie decides to take up another sport outside of golf, he might consider long-distance running.

The win, which came thanks to a final round 3-under 68 and then a birdie on the seventh extra hole, moves Mackenzie to second on the Order of Merit with three events remaining.

“Winning is hard,” said Mackenzie. “It seems like it gets harder and harder on this Tour. The quality of guys goes up and up every year on this Tour so I don’t take it for granted, that’s for sure.”

Beginning the day three shots off the lead, the former University of Washington standout admitted he thought he was out of the tournament when Cornelson reached 17-under with three holes to go. Two closing bogeys for the Canadian, however, coupled with a Mackenzie birdie at the 72nd hole, changed the landscape of the tournament, and when Del Val managed two delicate par saves at the 17th and 18th, all three returned to the 18th tee for extra holes.

“I thought Adam had a stranglehold on it,” said Mackenzie. “Unfortunately he made those two bogeys and then all of a sudden the playoff started and chaos ensued.”

All three players made par on the first two extra holes, but Mackenzie put the pressure on after stuffing a 6-iron from 185 to four feet at the par-3 third hole. And while Del Val was able to keep pace after rolling in a long birdie putt, Cornelson’s dreams of a second victory in 2016 were dashed when he wasn’t able to cash in on a birdie try of his own.

“It was dumping rain and blowing 30 km/h, and everything else goes out the window. I just tried to battle and get it done,” said Cornelson, lamenting his bogey-bogey finish. “I was hitting a lot of good shots. Unfortunately, it didn’t go my way but if you give yourself a chance that’s all you can do.”

When the playoff resumed, Mackenzie kept the pressure on, hitting green after green and forcing Del Val to match. But the Spaniard, a two-time runner-up on PGA TOUR Latinoamérica, produced several tremendous up-and-downs for par to stay alive and force the playoff to a seventh chapter.

“I kind of thought I was going to win about three different times in that playoff,” said Mackenzie, admiring Del Val’s never-give-up mentality.

Eventually, Mackenzie’s ace ball striking paid off, giving himself a 12-foot look for birdie at the par-3 third that he poured in for the win seven hours and 44 minutes after he originally teed off in the final round.

“I’ve been in a few playoffs before,” said Del Val, “but definitely not a seven-hole playoff. It was a great battle. He made a great putt on the par-3 and I can’t do anything else but congratulate him.”

For Mackenzie, the win puts him in strong position to finish in The Five and earn a promotion to the Web.com Tour, where he played in 2015. Despite finishing second in Greens in Regulation, Mackenzie admitted to struggling on the greens last season and said he would relish the opportunity to get back to the Web.com Tour.

“I’ve played really good golf for probably the last three or four years,” said Mackenzie, who finished 97th on the Money List to retain conditional status. “Last year on the Web.com Tour I think I was the no. 2 ball striker on Tour, and I just putted poorly. Hopefully the putter is coming around and next year I’ll be up there doing what J.J. Spaun and some of the guys that have graduated up there are doing.”