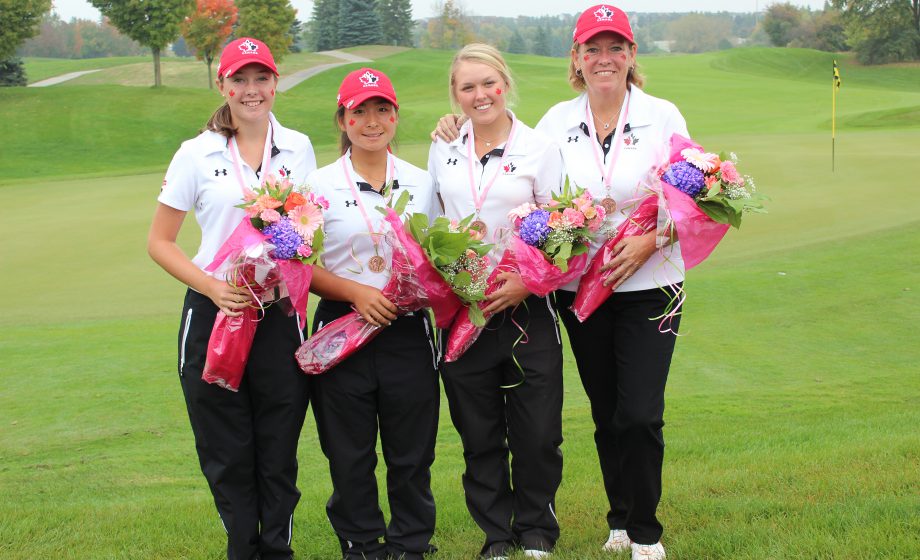 That’s because Brooke Henderson is a little busy skyrocketing up the world rankings, winning major championships on the LPGA Tour, and becoming the face of the sport in this country.

However, that doesn’t mean her presence won’t be felt.

The blonde-haired youngster with a megawatt smile participated in the inaugural edition of the World Junior Girls event in 2014 at Angus Glen Golf Club in Markham, Ont. It was her final event as an amateur and she finished fourth individually. Her team of three claimed the bronze medal.

Henderson recorded a video for the competitors last year at The Marshes Golf Club in Ottawa, which was incredibly well received. This year, when the tournament heads to the storied Mississaugua Golf and Country Club just outside Toronto, Henderson will have just wrapped up the final major of the year in France.

But for the Canadian and international competitors alike, Henderson is an inspiration, especially given her young age.

“I’m still a young girl myself,” she said with a laugh when asked how it feels to inspire girls who are around her age. “It’s really unbelievable. Hopefully I can continue to be that role model.”

Henderson appeared at an event in Ottawa led by noted Canadian golf instructor Kevin Haime in early May this year before heading out on her most recent run of fine play, culminating with Sunday’s victory at the KPMG Women’s PGA Championship, the teenagers’ first major championship win.

At Haime’s event, Henderson and her sister Brittany put on a clinic for a group of approximately 60 juniors – both male and female.

“What an opportunity for those kids to watch her. She’s going to do special things in golf, and as a junior in the area (Ottawa), you can’t imagine a better get for this event,” explained Haime. “It’s even more special than Jordan Spieth, the kids can really relate her. It’s the whole local element.”

The native of Smiths Falls, Ont., was part of Canada’s national team since she was 14. That was the year she first felt that playing golf, for a living, was within her grasp.

“I had that dream as a young girl, to play on the LPGA Tour, and I thought maybe it was possible,” she stated. “I didn’t know for sure until I was 14 and won a pro event in Quebec and got an invite to play against LPGA Tour players.”

The event in question was a Canadian Women’s Tour event that took place almost exactly four years to the date of her major victory (June 13, 2012). With that win, she eclipsed the record for “youngest person to win a professional golf event” held previously by someone who was already becoming familiar to her: Lydia Ko.

It was also Ko who Henderson took down in a playoff to capture her first major.

But Ko remains an inspiration to Henderson, by the Canadian’s self-admission.

They had a spirited exchange on Twitter at the conclusion of Sunday’s playoff that ended with Ko saying what Henderson was “doing for golf in Canada and women’s golf is amazing.”

The day after her win Henderson was asked what she remembers, if anything, of Mike Weir’s win at The Masters in 2003 – seeing as Henderson was only five years old.

Although she admitted she didn’t remember watching it, she knew how much his win meant.

“He really changed golf in Canada, I think, for everybody,” she said.

With Henderson only at the beginning of her career, and with Weir in the twilight of his, there is a chance she will change golf, again, in this country.

And perhaps it will start at the World Junior Girls Championship in September.

Will there be the next Brooke Henderson in the mix?

Henderson, unlikely, will want to give up the mantle quite yet. However, she is happy to be a part of the inspiration to get more young girls playing golf. Many of whom will be in the championship field in September.

“It’s pretty cool to think that I can inspire and motivate,” she said. “And just being someone they want to be like is really amazing.”