Brooke Henderson shoots 65 to climb into contention at Shoprite 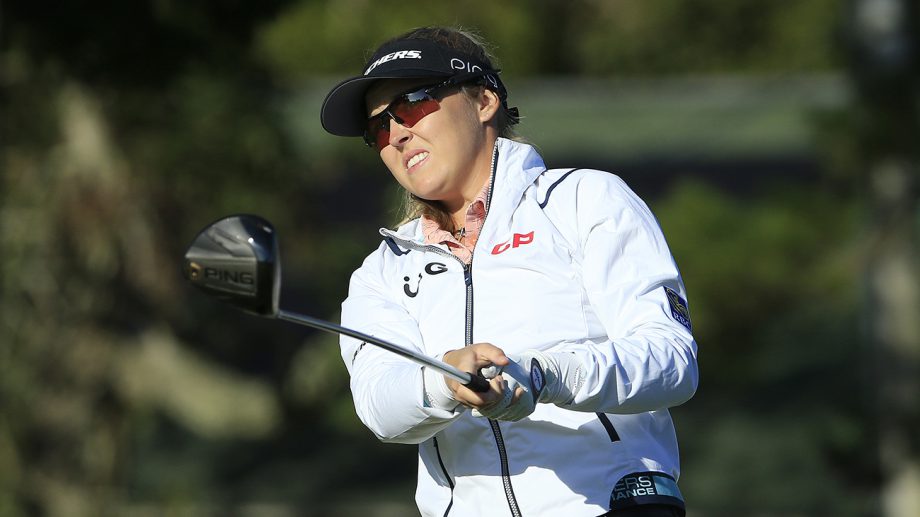 Two weeks after missing an opportunity in Portland, the 33-year-old Englishwoman shot a 5-under 66 on Saturday to take the lead into the final round of the Shoprite LPGA Classic.

In Portland, Reid closed with a 2-over 74 to tie for fifth after taking a two-stroke lead into the last day.

“Sometimes I get too quick and it kind of makes me quick on my swing,” Reid said. “So just take my time tomorrow I think. That is basically what we kind of took away from last week. I was just rushing things a little bit and probably hitting shots I wasn’t quite comfortable with. Tomorrow I’m going to take my time a little bit more, and hopefully it makes a bit of a difference.”

Reid eagled the par-5 ninth in a bogey-free round Saturday. She had a 15-under 198 total.

“I’m starting to get a little confidence and starting to feel like I can be one of the world’s best, so we’ll see,” Reid said “Just keep doing what I’m doing and stay humble and hopefully good things will happen.”

Americans Jennifer Kupcho (65) and Jennifer Song (65) were tied for second.

Third-round leader Nasa Hataoka was 12 under after a 70.

“I think if I can continue to make as many birdies as I did today and continue to hit the ball in good spots, I feel like Brit have done a good job of judging the conditions, especially the wind,” said Henderson. “Hopefully give ourselves a lot good looks for birdie and hopefully I can continue to climb.”

Defending champion Lexi Thompson, winless since the June event last year, was 6 under after a 68.

The tournament is being contested at 72 holes for only the second time since it began in 1986. The additional round replaced the pro-am that was cancelled because there are no spectators. The major KPMG Women’s PGA Championship is next week at Aronimink outside Philadelphia.