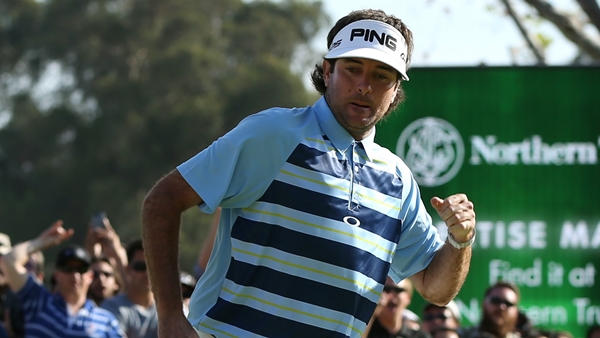 LOS ANGELES – Given another chance at winning, Bubba Watson wasn’t about to let this one get away.

Watson went the final 39 holes at Riviera without a bogey and closed with a 7-under 64 for a two-shot victory Sunday in the Northern Trust Open. It was his first victory since the 2012 Masters, a stretch of 41 tournaments worldwide.

Watson started the final round four shots behind and was simply flawless. His final birdie of a 64-64 weekend gave him the lowest closing round by a winner of this event since Doug Tewell’s 63 in 1986.

Dustin Johnson also played bogey-free, but it wasn’t enough. He closed with a 66 for the second straight tournament. Just like last week at Pebble Beach, he had to settle for second.

Graham DeLaet (70-73-72-73) finished in a tie for 70th at 4-over par. The Weyburn, Sask. native has not finished outside the top-10 since October of last year, when he missed the cut at the Shriners Hospitals for Children Open.