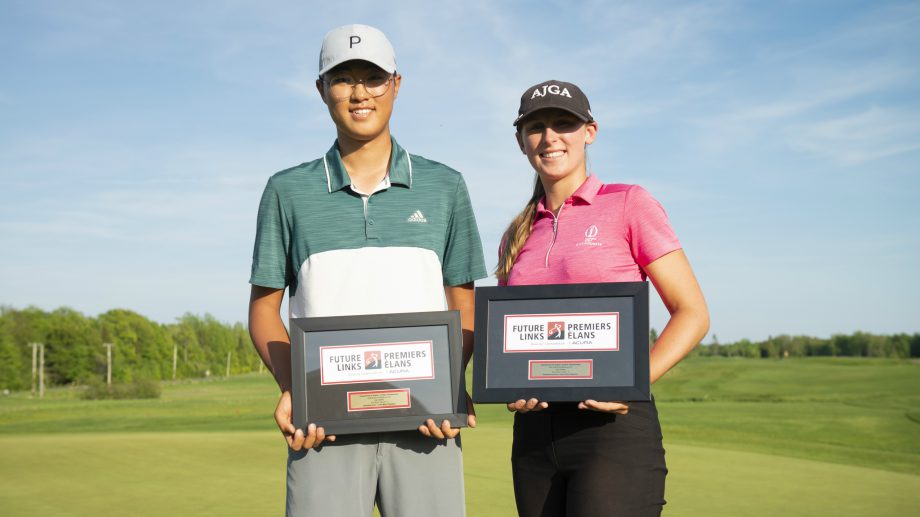 Byun entered the final round with a share of the lead and shot 2-over par 74 Sunday to win the 54-hole tournament by a single stroke. Byun’s three-straight birdies on holes No. 5 through 7 put him atop the leaderboard and he withstood a strong push from Remi Chartier, who finished second.

Chartier, a Montreal native, held a share of the lead heading into the final round. He finished second at last year’s Future Links, driven by Acura Québec Championship and a bogey free back nine helped him to an even-par 216 on the tournament.

In the junior girls’ division, Brooke Rivers was unstoppable throughout the tournament, winning by 16-strokes.

The Brampton, Ont. native shot the only under-par rounds of the tournament in the girls’ division, carding 2-under par 70 in each of her three rounds. She finished at 6-under during the 54-hole tournament.

Raesa Sheikh of Caledon, Ont. was the closest competitor to Rivers. Sheikh made an eagle on the par-5 No. 7 in the final round, giving her a 3-over-par 75 on the day and 11-over for the tournament.