Can the new Tiger Woods win at Augusta National? 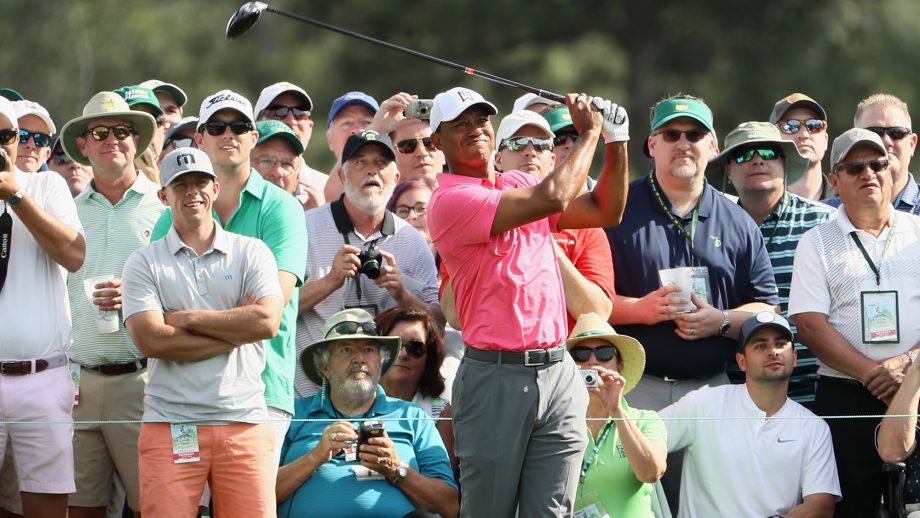 AUGUSTA, Ga. – The new, more social, Tiger Woods was only occasionally seen Wednesday as he made his way around the front nine of Augusta National in the final tune up for a Masters green jacket that suddenly seems very much in reach.

There weren’t many trips down memory lane with playing partner Fred Couples and no long conversations with the firefighter from Massachusetts, who had to look up occasionally at the grey skies and wonder what bolt of lightning would strike him next as he played alongside the greatest golfer of his time.

It was Woods as he might have been 10 years ago, deep in concentration and fixating so much on the smallest details that he walked off a section of the sixth green to measure just which spot he needed to land his ball on when play finally begins for real.

Woods had his game face on, and for his legions of fans that’s probably a good thing. He had a few smiles with Couples, but if the next smile out of him comes when he’s being fitted for a green jacket on Sunday, well, that’s all right with them.

The feel-good Tiger probably can’t win one of those, anyway, no matter how good his game has recently become. That’s probably why a practice round on Tuesday that included Phil Mickelson for the first time anyone can remember didn’t exactly disintegrate into a love fest.

The old Tiger playing with a touch of arrogance and a chip on his shoulder most certainly can.

That’s a bit shocking considering the path Woods has taken in recent years. Back problems, personal problems and drug problems have combined to keep him mostly on the sidelines as a new generation of golfers has taken flight.

Indeed, it’s hard to figure out just where Woods is. His swing is fine, his back feels good, and he’s been back in contention on Sunday in the last few tournaments of his latest comeback.

But he’s less than a year out of rehab, where he went after being busted for DUI in the early morning hours last May on a Florida highway. Woods was so out of it that he told police he was driving to California, and toxicology tests later revealed five different drugs in his system.

And it’s got to be hard to get the killer instinct back when you’re suddenly trying to be friends with guys you made your life’s mission to beat.

“I walked past Tiger on the range just before he came in and spoke to you guys, and I said, ‘I never thought I would see the day, Tiger and Phil playing a practice round at Augusta,”’ Rory McIlroy said. “So we had a bit of a laugh about that.”

That it took Woods until he was in his 40s to be able to relate to most of his fellow players – and some of his fans – isn’t all that surprising for anyone who has read the exhaustive new biography “Tiger Woods” that details his great successes and biggest lows.

The book describes him as a product of his parents, who were determined to raise a champion but also raised a loner who found his only solace on the golf course.

“Even the most basic human civilities – a simple hello or thank you – routinely went missing from his vocabulary,” authors Jeff Benedict and Armen Keteyian wrote. “A nod was too much to expect.”

There were a few nods on Wednesday, though they were perfunctory at best. On the seventh hole, Woods actually mouthed “thank you” to fans who cheered him on the way to the tee box, and earlier on the driving range he signed a few autographs.

Most importantly, though, the driver was finding the fairway and the putts were going where he wanted. In the practice round a day earlier, Woods had made eagle on both the par-5s on the back nine.

If he hasn’t exactly been fan friendly, it doesn’t seem to matter to those who continue to watch him in numbers no other player can come close. He’s a legend with flaws, but a legend nonetheless and any mention he might be nearby always gets fans rushing to whatever hole he’s playing.

Woods fit in fine Wednesday in a curious practice round pairing with the 58-year-old Couples and Matt Parziale, the amateur golfer and professional firefighter who squeezes in amateur tournaments between shifts at the firehouse in Brockton, Massachusetts. Parziale won the U.S. Mid-Amateur Championship to get a spot in the Masters at the age of 30.

Woods complimented Parziale’s game, and said nice things to a Masters representative about his caddie father after the round. But this was clearly a day to fine tune his game, a day to get ready for his first Masters in three years.

There were a few smiles at the end of nine holes, but the real smiles can wait until Sunday.