Canada climbs to T8 on moving day at the World Amateur 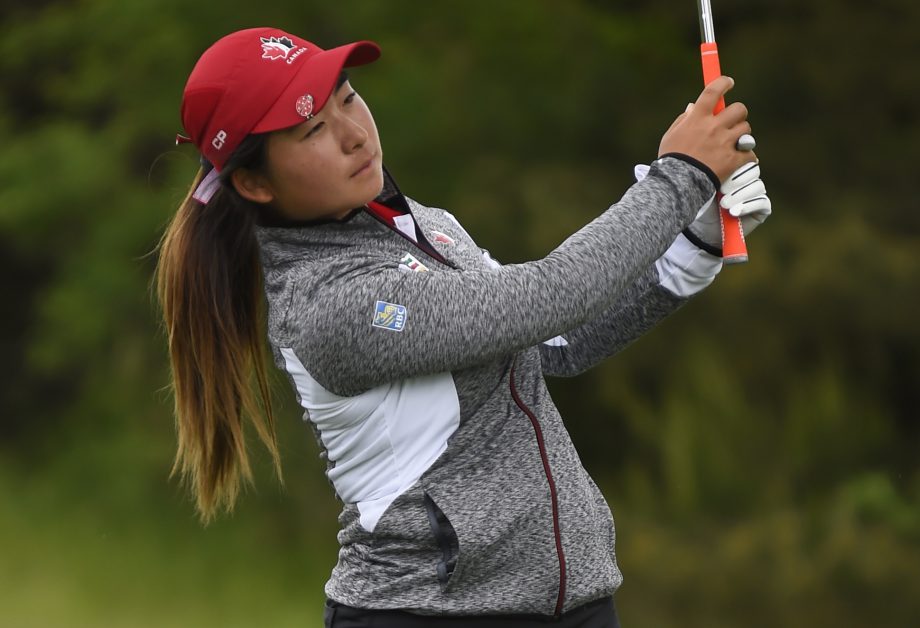 RIVIERA MAYA, Mexico – The Canadian contingent continued to ascend up the leaderboard on Friday at the World Amateur Team Championship, jumping two spots to sit in a tie for eighth through 54 holes.

On the strength of Naomi Ko’s performance, the Canadians have moved 15 spots since Wednesday’s opening round. Ko, a 19-year-old Victoria, B.C., native, carded her second-straight round under-par on moving day with a 71 (-1) and currently holds a share of fourth place individually at 4-under par, just two shots back of the leading Hye jin Choi of Korea.

Teammate Maddie Szeryk of Allen, Tex., contributed the second-counting score on the day for the Canadian trio, posting a 74 (+2) to leave the Canadians sitting at 6-over for the tournament, well back of the leading Koreans.

The Republic of Korea is on the verge of its fourth Women’s World Amateur Team Championship (WWATC) title as it built a 14-stroke lead over Switzerland with a 19-under-par total of 413 after Friday’s third round.

The Koreans are seeking their fourth victory in the 27th staging of the championship. They won in 1996, 2010 and 2012 and, in capturing the Espirito Santo Trophy in 2010, set the mark for lowest score in the event’s history with a total of 546, which eclipsed the field by 17 strokes.

“At the moment I am happy to be leading the team and the individual leaderboards but this championship is more important for the team event so I am trying not to think about being individual leader and am focused on winning the team event,” said Choi, a 17-year-old high school student. “Although there is a big gap I will try to think this is the first round tomorrow and focus more on my game and then maybe a better result will come.”

Choi was joined by Leslie Cloots of Belgium in carding the day’s best round of 68.

All three Koreans broke par and did not count the 1-under 71 posted by Hyun Kyung Park.

Switzerland kept its position in second with a third-round 145 that included a 3-under-par 69 from Kim Metraux and a 76 from her older sister Morgane.

“I didn’t have real expectations,” said Metraux, whose is a Florida State University teammate with her sibling. “I wanted to enjoy the tournament and play as well as I could. I didn’t focus on the results or a spot that I wanted to finish.”

As for gaining ground on the Republic of Korea, Metraux preferred to focus on her final round.

Third-place Thailand, however, believes the chase is over and that the only open places are second and third.

“We’ve got to try to finish in the top three. We should just let Korea be the winner,” said Thailand captain Kanes Nitiwanakul. “We will try to be second. Our goals are a little higher now. Korea is so good, they have such talented players.”

Thailand, which has not been in the medal race since finishing second in 2002, posted a third-round score of 143 on a 70 from Kanyalak Preedasuttijit and a 73 from Parajee Anannarukarn.