Canada slips to 10th after second round of Toyota World Junior 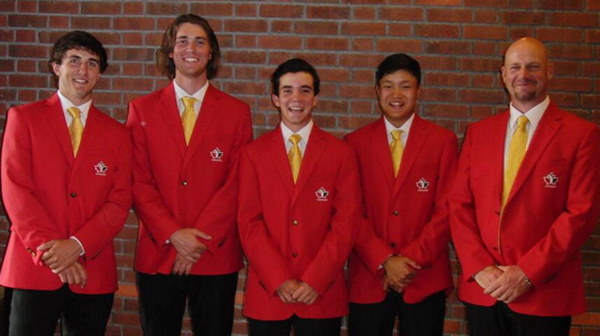 TOYOTA CITY, Japan – Team Canada dropped one spot on the leaderboard after collectively shooting even par during Tuesday’s second round at Chukyo Golf Club.

Carter Simon, a Sutton, Ont., native, led the Canadians in the second round with a 2-under 69. He was followed by teammate Etienne Papineau of St-Jean-sur-Richelieu, Que., who recorded a 1-under 70 on the day. Together, the two Canadians sit tied for 18th on the leaderboard at 1-under thru two rounds.

Calgary’s Matt Williams was the third score to be recorded in the second round for the Canadians – he posted a 3-over 74. Tony Gil, a Vaughan Ont., native, struggled after his opening round 68, carding a 5-over 76. Gil’s score was not counted as the team’s highest tally for the second round.

Collectively, the United States overtook Chile for the sole lead of the boys division. Overall, the Americans sit at 11-under par – nine strokes ahead of Canada.

Team Italy shot up the leaderboard with the low round of the day (208) – they currently sit in second place, two strokes back of the United States.

The third round of action begins Thursday at 8am, UTC.