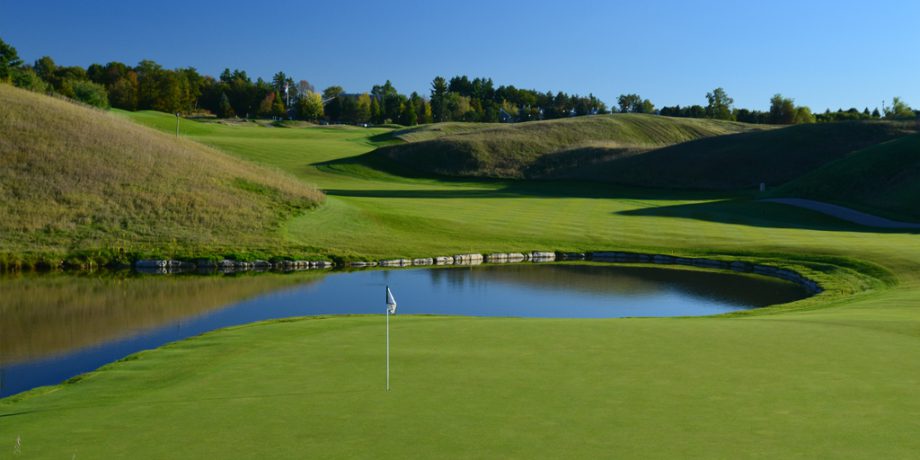 A total of 114 local qualifiers will be conducted in 44 states and Canada for the 117th U.S. Open Championship, which will be contested June 15-18 at Erin Hills in Erin, Wis. The 18-hole qualifiers are scheduled to take place from May 2-18. Golf Canada is hosting a local qualifier for the first time.

“The support provided by state and regional golf associations, along with Golf Canada, will allow thousands of golfers from around the world, both professional and amateur, to take part in the two-tiered process of U.S. Open qualifying,” said Stuart Francis, USGA Championship Committee chairman. “We are pleased to conduct an international local qualifier for the first time in Canada as we continue to expand qualifying opportunities around the globe for all of our USGA championships.”

Beacon Hall Golf Club, in Aurora, Ontario, will host the local Canadian qualifier on Monday, May 8. The course, designed by Bob Cupp, opened for play in 1988. The outward nine is lined by stands of pine trees while the inward nine features fescue and waste bunkers.

The Country Club of Detroit, in Grosse Pointe Farms, Mich., will serve as a U.S. Open local qualifying site for the third time since 2012. Arnold Palmer won the 1954 U.S. Amateur at the club, defeating Robert Sweeny, 1 up, in the final. It was the first of three USGA championships for Palmer, including the 1960 U.S. Open. The club also hosted the 1915 U.S. Amateur, won by Robert A. Gardner.

Several local exemptions for the U.S. Open were amended prior to the 2014 championship. The top 500 point leaders and ties from the Official World Golf Ranking™ (as of March 8) will be exempt from local qualifying. Any player in the OWGR’s top 500 (as of April 24) who has filed an entry prior to the deadline of 5 p.m. EDT on Wednesday, April 26, will also earn a local exemption. In the past, only the top 150 point leaders were exempt. Additionally, any player who has had multiple finishes in the top 400 of the year-ending OWGR in the past five calendar years (2012-2016) is exempt from local qualifying.

Ken Venturi (1964) and Orville Moody (1969) are the only players to win the U.S. Open after qualifying through both local and sectional play. Last year, 27 players advanced through local and sectional qualifying to the 156-player U.S. Open Championship field at Oakmont. Of those 27, five players made the 36-hole cut, including Brandon Harkins, who started his journey at The Club at Ruby Hill, in Pleasanton, Calif., which will host a local qualifier for the ninth consecutive year.

To be eligible, a player must have a Handicap Index® not exceeding 1.4, or be a professional.

Online player registration for the 2017 U.S. Open will begin in the first week of March (https://champs.usga.org/index.html).