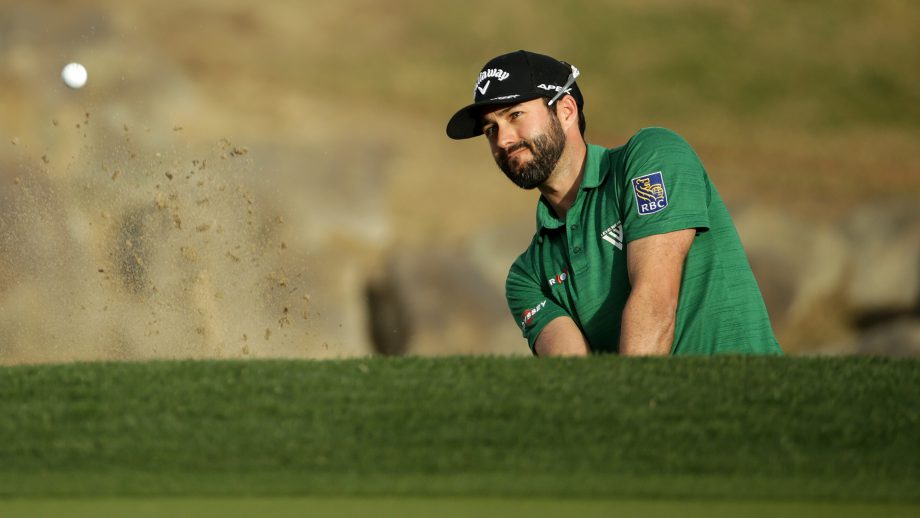 Adam Hadwin’s tie for second at the Desert Classic this past weekend gave him his third top-10 result of the young 2018-19 season, helped him break US$1 million in earnings on the campaign and moved him up to 13th in the FedEx Cup standings.

But as far as the Canadian golfer is concerned, it’s just not enough.

“Honestly, it’s not something I’m even paying attention to,” said Hadwin on Monday. “It’s way too early in the season to even worry about (the FedEx Cup standings). If I’m 13th going into August, then I’ll say this is an incredible accomplishment and that sort of thing.

“I just have to keep working hard. Yes, it’s a nice position to be in, but I’m after bigger things. I’ll just stay focused on playing good golf and whether or not it lines up, we’ll see.”

Hadwin, from Abbotsford, B.C., led for most of the final round, playing in a trio with Adam Long and all-time great Phil Mickelson on Sunday in La Quinta, Calif. Although Hadwin shot a 5-under 67 on the day, Long roared through the back nine to win the tournament with a birdie putt on the 18th hole. By any stretch, it was a successful week for the Canadian, who shot a 65, 66 and 65 to put himself in contention on the final day of play.

Still, Hadwin came into 2019 looking to add to his one career PGA Tour win, which came on March 12, 2017 at the Valspar Championship.

“I came out this year pretty hungry to get better,” said Hadwin. “This is a Presidents Cup year and I knew I was going to have to do some good things again to get myself back on the team. I’m not currently qualified for any of the majors or the (World Golf Championships) like I was the previous years.

“I want to earn my spot back into those and play the schedule that I played last year. It’s nice to play well, certainly, and it’s encouraging, but that Presidents Cup and the majors is what’s motivating me right now.”

Hadwin had five birdies on the front nine on the 7,113-yard Stadium Course at La Quinta Resort & Club and added a sixth birdie on No. 11. But a bogey on the 13th hole and putts that were inches short on 14 and 15 allowed Long and Mickelson to reel him in as Hadwin made par the last five holes.

Despite having a solid round of golf, Hadwin admitted that his nerves may have gotten the best of him. He shot a 13-under 59 in the third round of the 2017 edition of the Desert Classic, when he also finished second, and that was on his mind as he closed in on the 18th hole Sunday.

“The previous finishes that I’ve had in that event, that might have added a little bit more pressure too because I’ve been so close the previous years, that I had a good chance at closing it out this year,” said Hadwin, who also tied for third at the event in 2018. “Just didn’t get it done. You learn from that.

“Every time I’m in that situation, I get more and more comfortable in it. Sometimes I pull the shots off and sometimes I don’t. Just gotta keep working hard and it’s got to pay off eventually.”

Hadwin will miss the Farmers Insurance Open at Torrey Pines Golf Club in San Diego to rest for a week before playing in the Waste Management Phoenix Open in Arizona that starts on Jan. 31. He’s also scheduled to play in the Pebble Beach Pro-Am in Pebble Beach, Calif., starting Feb. 7 and the Genesis Open at Riviera Country Club in Pacific Palisades, Calif., which begins Feb. 14.

Thank you for all of the support. Had a ton of fun battling it out with @PhilMickelson and @aLongShot on Sunday. Looking forward to the rest of the west coast swing!