Canada’s Conners advances to Round of 16 at US Amateur 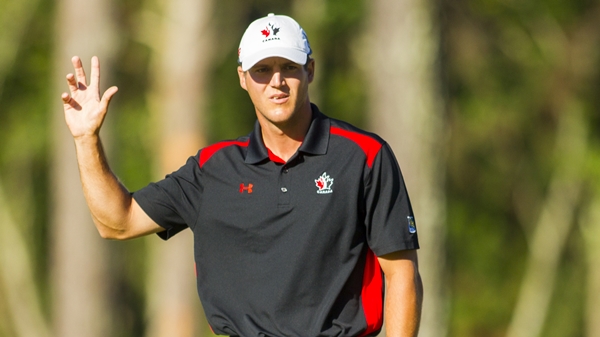 JOHNS CREEK, Ga. – Team Canada’s Corey Conners of Listowel, Ont. has advanced to Thursday afternoon’s Round of 16 at the U.S. Amateur at Atlanta Athletic Club.

Conners, 22, defeated Jesse Heinly of Bend, Ore., winning 4&3. The recent Kent State graduate went on a run early after the 4th hole, building a 4-up advantage through the next seven holes. Conners kept his foot on the pedal, closing the match out on the 15th.

Conners is looking to mirror the success of last year’s U.S. Amateur in Brookline, Mass., where he finished as a semi-finalist. He also carries the momentum from a successful summer which saw him capture the Jones Cup and place runner-up at the Men’s North & South Amateur Championship. The world’s no. 44 ranked amateur who is seeded 31st this week will face 50th seed John Rahm of Spain this afternoon at 2:10 pm EDT.

Team Canada teammate, Garrett Rank, fell in his round of 32 match to Kyle Jones of Taylor, Ariz. The match was all-square after 10 holes, but Jones won three consecutive holes after that and did not look back, winning 2&1.