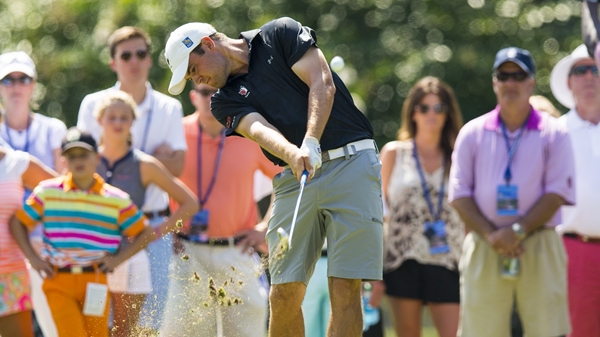 JOHNS CREEK, Ga. – Team Canada’s Corey Conners has advanced to the semifinal of the US Amateur Championship after defeating Zachary Olsen of Cordova, Tenn. 2&1 Friday at Atlanta Athletic Club.

A recent Kent State graduate, Conners led early after a win the the day’s third hole. Olsen would square the match with a birdie on No. 9, before Conners shifted into another gear on the back nine.  Conners would win holes 10, 11 and 16 to earn his victory.

Conners, a Listowel, Ont. native who is currently ranked as the No. 44 amateur in the world, finished as a semi-finalist at last year’s U.S. Amateur in Brookline, Mass. He also carries momentum from a successful summer which saw him capture the Jones Cup and place runner-up at the Men’s North & South Amateur Championship.

“Stay patient. Just keep fighting,” said the 22-year-old. “Just try and stick to my game plan and do the same thing as I did in the last four matches.”

He now faces Denny McCarthy of Rockville, Md. Saturday at 8:20am (EDT). McCarthy is ranked 36th in the World Amateur Golf Rankings.