Canada’s DeLaet back to work after two year hiatus 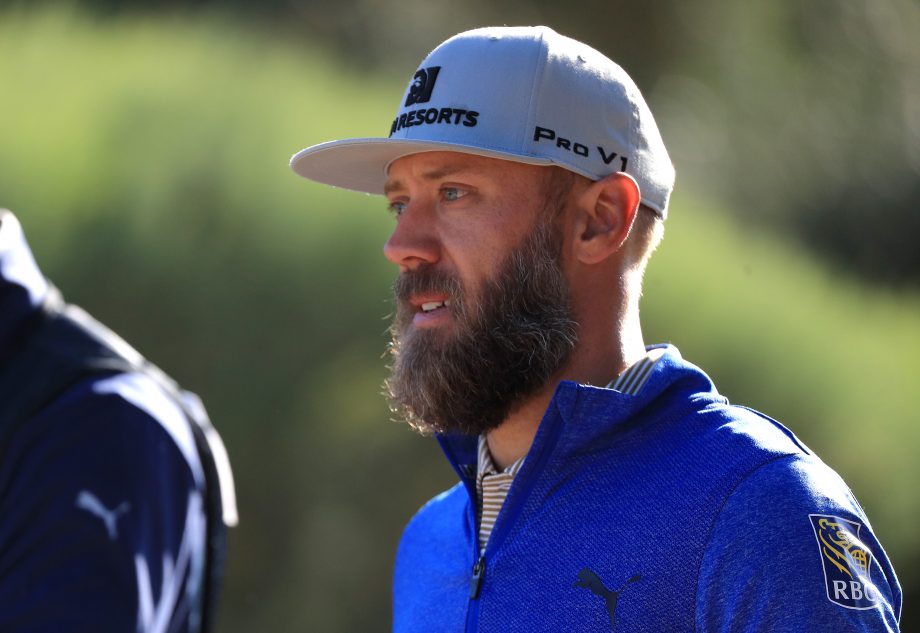 Graham DeLaet is back to work. Now it’s time to get into a routine on the PGA Tour once again.

DeLaet, who returned to action after more than two years at the Shriners Hospitals for Children Open last week, is playing again this week at the Houston Open as he tries to earn enough FedEx Cup points to regain his PGA Tour card.

The native of Weyburn, Sask. needs to earn 267 FedEx Cup points to get off his Major Medical Exemption, but after that he’ll need to earn enough points to be within the top 125 to keep his card for next season.

It’s a lot to think about for someone who is just getting his feet wet in competitive golf again after so long away.

The 37-year-old received a series of stem-cell treatments in 2017, which were deemed unsuccessful, and he opted to have a second microdiscectomy surgery (the first he had in 2011).

He was on the shelf for the full 2018-19 PGA Tour season, but as of last Thursday, DeLaet is back – albeit a little older and a little more prepared for what’s to come.

The actual swinging of a golf club doesn’t cause him soreness, DeLaet said, but the pain comes from being on his feet for so long and getting stiff. Although he missed the cut last week (75-72) he said there were some good signs.

“I hit some really, really good shots last week. I was pretty happy with how I played for the most part. I was pretty tight with the putter but I think it was extra pressure, feeling those nerves again. I had two bad holes but other than that I feel like I played pretty decent,” DeLaet said by phone in Houston.

“I know the course wasn’t playing all that difficult but it’s still good to get some birdies under your belt. All in all I was pretty happy with how things went despite shooting 5-over on a pretty easy golf course.”

Another thing that’s changed is the time DeLaet will have to spend away from his twins, Roscoe and Lyla.

While DeLaet was busy rehabbing and preparing for a return to professional golf, he said the best part of the last two years was how much quality time he got to spend with his kids, who turn four in November.

Last week was the first time DeLaet was away from them for a lengthy amount of time but the whole family, including wife Ruby, will be joining him this week in Houston.

DeLaet says it’s been an adjustment for his kids to know their dad is back at work.

“If I say I’m going to the golf course, Roscoe is always like, ‘I want to go, I want to go’ but if I’m going out there to practice or play he times out pretty quickly. So I’ve started to say ‘I’m going to work’ and I don’t know if they quite understand how I make a living, but they are kind of starting to get the grasp I play a golf a lot,” said DeLaet with a laugh.

Besides watching his kids start to grow up, there have been plenty of reasons to smile at home.

DeLaet’s friends from Arizona Chez Reavie and Max Homa both won on the PGA Tour this summer, and Kevin Chappell – another longtime pal who just returned from the same back surgery as DeLaet – shot a 59 at A Military Tribute at The Greenbrier in his first tournament back on Tour in September.

“That was pretty cool,” said DeLaet. “I have a soft spot for stories like that because I’ve been through it twice and it’s hard when you come back, but he made it look pretty easy.”

DeLaet is quick to point out the success of his countrymen as well, including Adam Hadwin (who has notched two top-5 finishes in a row to start his 2019-20 PGA Tour campaign and moved well inside the top-50 in the world ranking), who DeLaet feels should be on Ernie Els’ Presidents Cup radar.

“I would be surprised if Ernie (Els) didn’t give him a shot to play down there in Melbourne. I think he deserves it,” said DeLaet. “He’s got some experience underneath him. There are some new faces on that team so I think some of that experience is going to be helpful. He’s playing great, which has been good to see.”

And while DeLaet has been preparing himself for a big return on the golf course, he’s kept fairly busy off the golf course with his ongoing charitable efforts.

DeLaet has just been named a National Ambassador for Big Brothers Big Sisters Canada, his ‘Graham Slam’ event had its sixth edition in September (it’s raised more than $1.5 million for various charities), and he’s been nominated for the Canada’s Sports Hall of Fame People’s Choice Award – recognizing those who are a champion of their sport and a champion for their community.

“The game of golf has given me so much and I have the platform where we can try to make a difference,” said DeLaet. “It’s kind of a no-brainer for myself and Ruby.”

But DeLaet, who at one time was inside the top-35 in the Official World Golf Ranking, knows that despite all the support from friends and family and the impact he’s had away from golf over the last few years, it’s time to get back down to business.

He admits it would have been nice to dip his toes into playing a Korn Ferry Tour event – he was scheduled to in the summertime but tweaked his back just enough early in the week that he did not tee it up Thursday – but he’s feeling happy and as healthy as possible right now.

DeLaet saw Canadian physiotherapist Dr. Craig Davies in Las Vegas last week – Davies works with a handful of PGA Tour players – and DeLaet said Davies was “pleasantly surprised” with where he was physically.

A good sign, DeLaet said, as he will likely tee it up twice more this fall.

“Just hearing that from a guy who knows my body really well, it gives you a little bit of extra confidence with what you’re doing,” said DeLaet. “I feel like I’m on a pretty good path.”