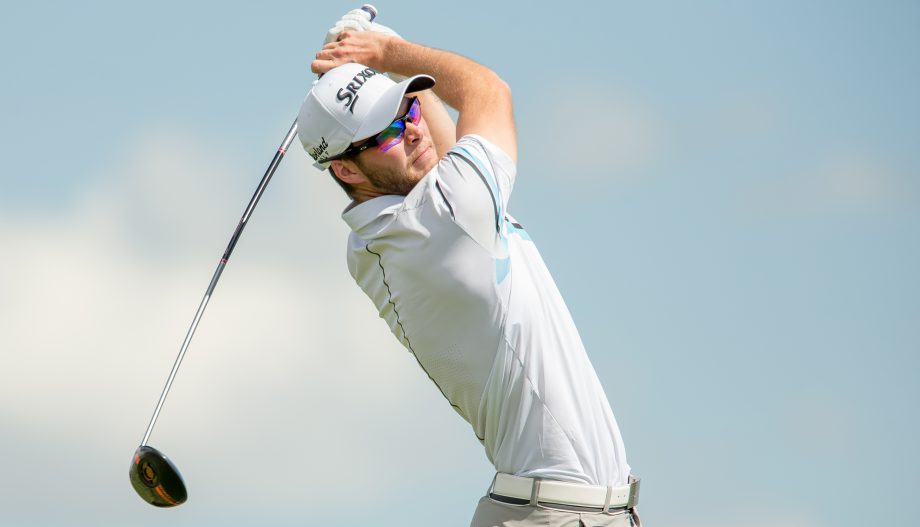 Wise, the 2016 NCAA Men’s Individual and Team Champion at the University of Oregon, matched Mackenzie and Harrison with identical rounds of 69-66 to take a co-share of the pole position heading into the weekend in Edmonton.

“I played better today. I didn’t hit the ball very well yesterday, and I went to the range this morning to work on it and hit it a lot better,” said the 21-year old, who arrived more than two hours before his tee time to put in some work ahead of his second round. “I’m definitely taking steps in the right direction and I think I’ll be ready for the weekend.”

Mackenzie, a two-time Tour winner who claimed victory the last time he teed it up in Alberta at the 2014 ATB Financial Classic in Calgary, said he has found comfort once again competing in the province and looked forward to the weekend ahead.

“I don’t know what it is. I stayed with (Calgary native and Mackenzie Tour member) James Love’s parents last time and I’m staying with his aunt this week, so maybe I just need to try and find every relative he has across Canada and stay with them,” said Mackenzie with a laugh.

Harrison, a second-year Mackenzie Tour member, put a conservative game plan in play on Glendale’s tree-line layout and took advantage with a 66 to share the lead.

“I hit more 3-irons off the tees than drivers, just to keep it in play and keep the big numbers off the scorecard,” said Harrison, who said he anticipated the chance to gain valuable experience this weekend. The 27-year old is 21st on the Order of Merit this year after getting in contention a handful of times early on this season.

“I’m definitely more comfortable having been in that situation before, but I still get a little nervous on that first tee and coming down 18, but that’s the adrenaline rush that feels good,” said Harrison.

One shot behind Wise, Mackenzie and Harrison were Airdrie, Alberta’s Riley Fleming and Olympia, Washington’s Cameron Peck at 10-under through two rounds.

Fleming is in his third season on the Mackenzie Tour and is making his 30th career start this week. In 2015, he finished 46th on the Order of Merit with four Top-25 finishes and one Top-10. Two of Fleming’s best three career finishes on the Mackenzie Tour have come in Alberta: a T4 at the 2015 Syncrude Boreal Open presented by AECON in Fort McMurray and a T13 at the 2014 ATB Financial Classic in Calgary.

“I feel like I’m playing well and the scores haven’t been there yet, so it’s nice to shoot some low numbers,” said Fleming. “I just wish the Alberta swing came a little earlier and I got the season off to a better start.”