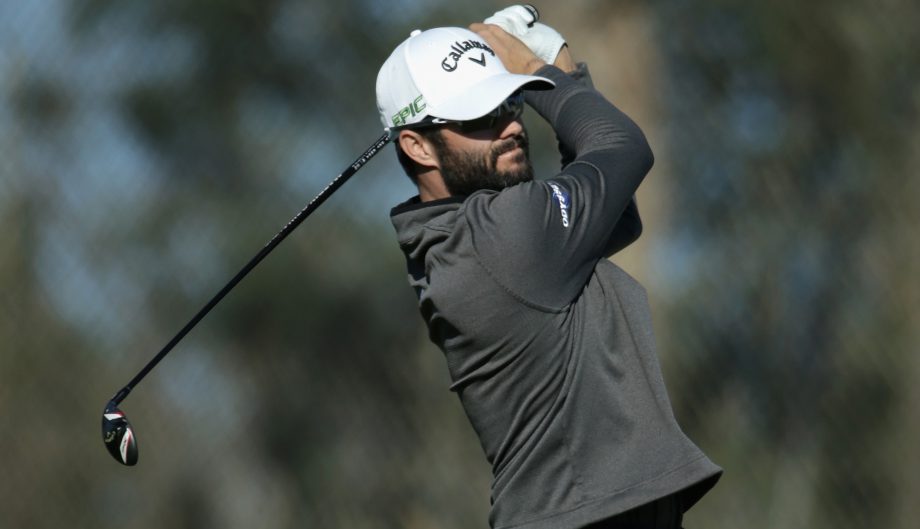 SAN DIEGO – Justin Rose already achieved what he wanted Friday in the Farmers Insurance Open. One last birdie for the lead made the day a little bit better

Spooked by the bumpy greens late in the day at Torrey Pines that cost him two bogeys, Rose rolled in a 10-foot birdie putt on the par-5 closing hole on the South Course for a 1-under 71 that gave him a one-shot lead going into a weekend that no longer has as much star power.

Tiger Woods missed the cut in his return to the PGA Tour after 17 months. Perhaps more shocking was that Jason Day and Dustin Johnson also missed the cut, as did Rickie Fowler. Phil Mickelson was on the bubble until making a birdie on the 18th for a 72 to make the cut with one shot to spare.

Rose, who was at 8-under 136, now gets two more cracks at the South Course, where the average score for two days was 73.8.

“Everyone has played both courses now, and now we get to play the bruiser for the next two days,” Rose said. “So you just want to basically put yourself within shot.”

Brandt Snedeker saved par from a shot that nearly went out-of-bounds on No. 12, rammed in a birdie putt on the 13th and held on for a 69. He was one shot behind as he tries to join J.C. Snead, Woods and Mickelson as the only back-to-back winners since this event began in 1952.

Adam Hadwin of Canada, coming off a 59 and a runner-up finish last week in the California desert, shot a 71 and joined Snedeker at 7-under 137.

“I actually think the cut mark is incredibly low for two days around here,” Rose said. “Pretty much everyone who’s made the cut is still in the golf tournament.”

It still was too high for Woods.

He opened with a birdie on the par-5 10th on the North Course. He added another birdie on the par-5 fifth. He threw in a pair of bogeys and never looked like he was going to be sticking around for the weekend. Woods shot 72 and missed the cut at Torrey Pines for the first time.

“I just didn’t make enough birdies,” Woods said. “It’s frustrating not being able to have a chance to win the tournament.”

On a course where he has won eight times, Woods has failed to finish 72 holes in his last three starts at Torrey Pines.

Day, the No. 1 player in the world, missed the cut for the second straight year at Torrey Pines as he struggled with his putter even on the new, smoother greens on the North Course. Johnson had a chance to rally to make the cut until he missed a 6-foot par putt and three-putted for par on his last two holes.

The tournament had 10 of the top 25 players in the world. Only five of them – Hideki Matsuyama, Rose, Paul Casey, Mickelson and Emiliano Grillo – survived.

“If you’re not sharp and not striking it well, it’s a difficult place to play,” Mickelson said.

Lefty hasn’t won at Torrey since his back-to-back victories in 2000-01 – before Rees Jones got his hands on it to beef it up for the 2008 U.S. Open – and while he was hovering on the cut line, he finished just seven shots behind and felt he was still in the game .

Rose had complete control of his game and was making enough putts to reach 9 under with a birdie on the 10th. He followed with a tee shot off the cart path and on a slope of deep grass leading to the 12th tee, but hacked it down to 18 feet on the fringe and holed it for a par.

“When the situation gets like that, you start to see not only some of the good stuff happening, but some of the bad stuff happening,” Rose said. “But it was really nice to finish the way I did on 18 because … it was pretty hard to keep it out of the water at that point.”

The greens that kill so many players’ confidence is where Snedeker thrives. The Tennessee native loves putting on poa annua, having won twice at Torrey and once up the coast at Pebble Beach. And he was at it again, keeping pace with Rose. But even Snedeker took his medicine with a 30-inch putt that spun out of the cup.

“Just have to take that with a grain of salt,” he said. “I’m right where I love to be here on the weekend, and this course isn’t getting any easier.”