Canada’s Hughes tied for 28th through 18 at Kapalua 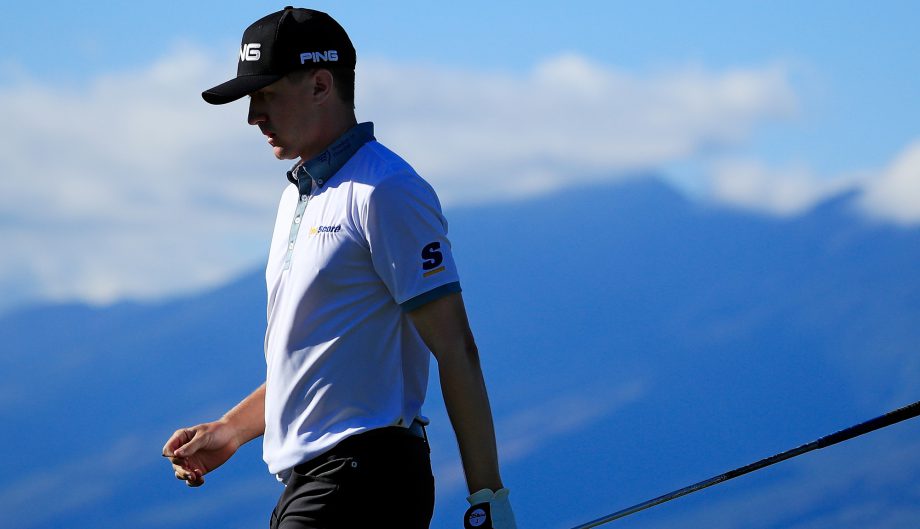 KAPALUA, Hawaii – With a chance to take the lead at Kapalua, Jimmy Walker missed in the one spot he was trying to avoid.

The way he was hitting his wedges Thursday, it really didn’t matter.

Walker hit a tough pitch to a tight pin on the elevated green to 3 feet for birdie on the par-5 15th, and he nearly holed a lob wedge from 78 yards on the final hole for an 8-under 65 that gave him a two-shot lead in the SBS Tournament of Champions.

He’s still three days away from atoning for a playoff loss to Patrick Reed two years ago at Kapalua, though it was an ideal start for the PGA champion in ideal conditions on the west end of Maui, except for a short burst of pineapple showers.

Jim Herman got in one last round with his former employer – President-elect Donald Trump – a few days before Christmas, then came out to the Plantation course where he once got in a round of golf in tennis shoes and rental clubs while on his honeymoon.

Herman, a former assistant at Trump National, was 6 under through 13 holes when his round stalled. Even with four wedges in hand over the final five holes, he had to settle for pars and a 67.

Justin Thomas and Ryan Moore also were at 67.

In his first PGA TOUR tournament of 2017, Canada’s Mackenzie Hughes finished with an opening even-par 73 to sit in a two-way tie for 28th. The Dundas, Ont., native will tee-off Friday at 10:20 am local time alongside Cody Gribble.

In his first competition in three months, Jason Day had a pair of three-putts but still managed a 70. Defending champion Jordan Spieth wasn’t so fortunate. He never got his putter going, turned a birdie into bogey on the 15th and had to birdie the final hole for a 72.

Walker had the Tournament of Champions in hand two years ago until Reed holed out from a fairway to start an unlikely rally and won in a playoff. Walker won the following week on Oahu at the Sony Open for the second straight time.

“I love the scenery. I’m a very visual person, so I enjoy looking out and watching the whales when I’m walking around. Just a pretty place,” Walker said. “Everybody’s in a good mood. I love stepping off the plane and the air is just awesome. Something does it for me here.”

Walker was curious about a short club in his bad when he came to Kapalua, though it wasn’t any of his wedges or his putter.

He was so determined to be more accurate off the tee that Walker cut 2 inches off his driver while at home at Texas during the off-season. He liked the way it felt and had Titleist make him one without the duct tape. Hitting fairways is not a big issue on the expansive Plantation Course, though it showed his willingness to go old school to fix a longtime problem. This driver is 42 inches, just an inch shorter that a typical driver a generation ago.

“I didn’t bring anything else, so this is the club I’ve got with me,” he said. “This is a tough golf course for that because it’s such a big place and you want to just kill it, and I had to keep reminding myself today why I put it in and why did it to hit the fairway, hit the middle of the fairway.”

He was in the middle of the fairway on the 15th with caddie Andy Sanders reminding him to hit it hard, that through the green was better that leaving it at the bottom of a deep swale to the right. But with the ball below his feet, and the wind coming out of the left, he wound up bailing out.

“That was probably my favourite wedge shot,” Walker said.

Daniel Berger made bogey on the par-5 18th and was at 68, along with Jason Dufner. The group at 69 included Dustin Johnson and Hideki Matsuyama, who is going after his fourth consecutive victory worldwide.

Herman qualified by winning the Shell Houston Open and brought back strong memories.

He abandoned the mini-tours, took a job at Trump’s course in Bedminster, New Jersey and got married. The honeymoon was a cruise around the Hawaiian Islands, and he had seen enough of Kapalua that when the ship stopped on Maui, Herman headed for the Plantation course.

“I see the pictures on our computer all the time,” he said.

Herman never imagined returning as a PGA Tour winner, but what a journey. He became Trump’s regular partner, Trump encouraged him and helped back one last bid to play professionally, he finally got to the big leagues and made it back to Kapalua.

The round with Trump was just before Christmas. They were partners. They won. Not much changed.