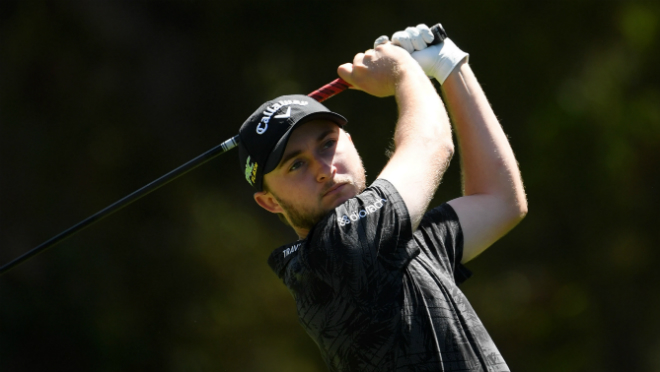 The Canadian athletes nominated by Golf Canada for the Pan Am golf competition—which runs August 8-11, 2019 at the Country Club Villa—were determined based on an assessment of world rankings and head-to-head results among those with a declared intent to compete.

On the women’s side, 20-year-old Brigitte Thibault of Rosemère, Que. has accepted selection to the Pan Am golf team and will be joined by Mary Parsons of Delta, B.C. Thibault, a member of Golf Canada’s National Amateur Team, is coming off a standout sophomore season at Fresno State where she earned eight top-20 finishes and won the Mountain West Conference Championship.

In April, she was invited to compete in the inaugural Augusta National Women’s Amateur.  Parsons, 20, is a sophomore at Indiana University where she won her first collegiate event at the Lady Boilermaker. She is a former member of the Team Canada Junior Squad and winner of the 2018 British Columbia Women’s Amateur.

The men’s team will be comprised of 22-year-old Austin Connelly of Lake Doucette, N.S., who resides in Irving, Tex., along with Team Canada Amateur Squad member Joey Savoie of La Prairie, Que. Connelly will make his second consecutive Pan Am Games appearance after finishing fifth at the 2015 Pan Am Games in Toronto. Connelly is a graduate of Golf Canada’s National Amateur Team Program (2015) who is currently playing with conditional status on the European Tour. In 2017, he finished T14 at The Open Championship in his major championship debut. Savoie is currently the top-ranked Canadian male golfer on the World Amateur Golf Ranking (No. 39). The 24-year-old won three times in 2018 including the Tailhade Cup, the Grant Clements Memorial and the Tennessee Open (pro event).

Selection criteria among those considered for the Canadian Pan Am Golf Team was based on competitive standing inside the top-500 for women and inside the top-700 for men on the World Golf Ranking/Rolex World Ranking for professional golfers, as well as competitive standing inside the World Amateur Golf Ranking as of April 1, 2019. Players that met the selection criteria had until April 30, 2019 to notify Golf Canada of their interest in being considered for the 2019 Pan Am Golf Team.

The field for the 2019 Pan Am Golf Competition will include 32 women and 32 men competing in  women’s individual, men’s individual and mixed team competitions (low female and male score combined).

Lima 2019, which will run from July 26 to August 11, will bring together approximately 6,700 athletes from 41 nations of the Americas and feature 62 disciplines in 39 sports. It will be the largest sporting event ever held in Peru.

The athletes and coaches nominated are:

Prior to being named to Team Canada, all nominations are subject to approval by the COC’s Team Selection Committee following its receipt of nominations by all National Sport Federations in late June 2019.