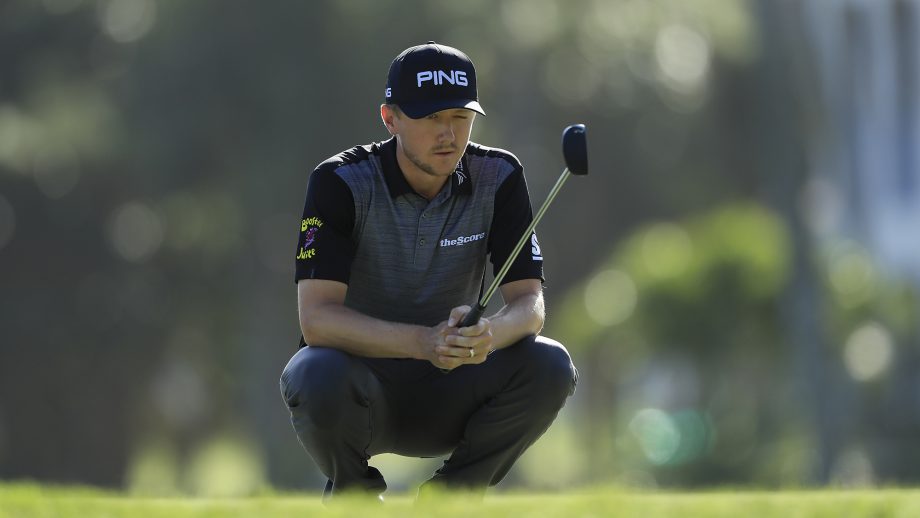 “I’ve been seeing these Paspalum greens pretty well early in the week, but I’ve been working on some routine stuff the last couple weeks,” McDowell said. “Something small’s kind of clicked, something I used to do really well years ago. I became not so good at it and I’ve tried, I’ve been practicing. It’s just a breathing thing and it really clicked with me last week a little bit and it’s been working really well on the greens again this week. It’s helping me relax and it’s helping me just stand there and hit nice putts.

“Just before I take the putter head away, just a little bit of an outbreath to relax,” McDowell said. “It’s something I used to do very well way back when and it’s amazing how you instinctively get good at things and then you stop being good at things as well. That’s cleaned my routines well up on the greens.”

Mackenzie Hughes of Dundas, Ont., was tied for fifth at 11 under. Ben Silverman of Thornhill, Ont., was at nine under and David Hearn of Brantford, Ont., was at 8 under.

McDowell had six birdies, two bogeys and a par on the front nine, then birdied four of the first six holes on the back nine. His one-putt streak ended with a two-putt par on the par-4 16th and he parred the final two holes, also one-putting the par-4 18th to finish with 20 putts.

“Standing over those 3-footers on 14 and 15, I was more nervous about the 3-footers that I didn’t want to spoil my round of putts,” McDowell said. “I hit a great shot into 16. I hit a really good putt there and my run came to an end. But it was a fun day. Listen, I hit a lot of great shots and made some putts. I’m going to have to keep doing that tomorrow if I want to try and win.”

The 2010 U.S. Open champion the last of his three PGA Tour titles three years ago at Mayakoba in Mexico. He has eight European Tour victories, the last in the 2013 French Open.

“Scoring is still hot here,” McDowell said. “You’ve got to keep your foot on the pedal and I’ve got to come back out here tomorrow and try to make some more birdies.”

Chris Stoud was second, also shooting 64. He eagled the par-5 fourth in a bogey-free round.

“I think all the work I’ve been putting in the last couple weeks starting in Tampa last week, it just all pays off,” Stroud said. “To me, it’s just like a big waterfall. You’ve just got to keep working. I’m still going to go tighten up a few things, but I hit some really great shots when I needed to today, especially on the last hole.”

Second-round leader Sungjae Im, likely needing a victory Sunday to get into the top 50 in the world and earn a Masters spot, had a 69 to drop into a tie for third with Aaron Baddeley (68) at 13 under. The winner doesn’t get an automatic Masters spot because the event is being played opposite the World Golf Championships event in Texas.