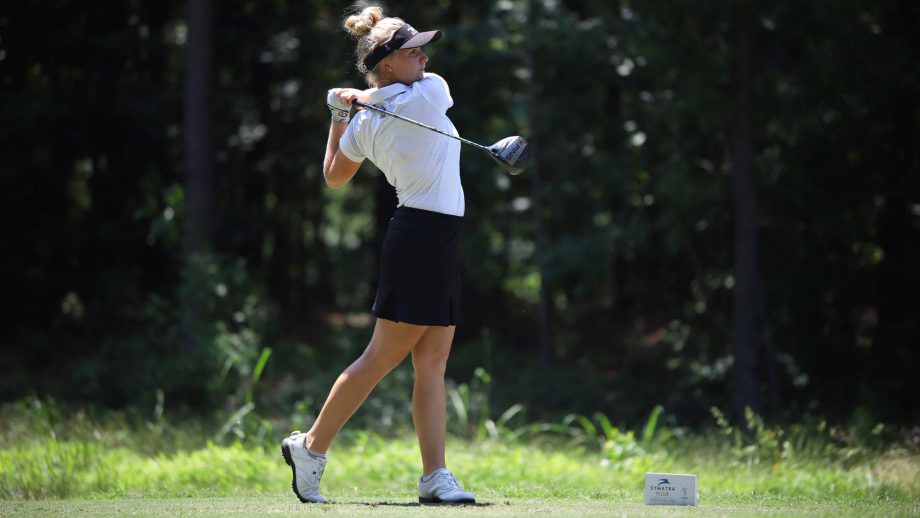 Opelika, Ala. – Playing in the first final grouping of her professional career, 2019 Symetra Tour rookie Maddie Szeryk of London, Ont. stood her ground when tested on the Lake Course at Grand National to capture the best result out of her first eight starts as a pro.

The Texas A&M University alumna and member of Golf Canada’s Young Pro Team found double bogey on the par-5 4th, but went bogey-free with three birdies the rest of the way to shoot 1-under par 71 in the final round of the Symetra Tour’s inaugural Zimmer Biomet Championship hosted by Nancy Lopez.

At 10-under overall, two strokes was the difference between her finish and forcing a playoff.

“It’s huge and I definitely played really well, this is the best finish of the year,” Szeryk said. “I’m really excited to take this momentum into the next few tournaments and build on it. I had a rough hole early, but was able to come back from it and find myself in the mix.”

A final round 1-under par 71 was enough for Nuria Iturrios of Spain to clinch a wire-to-wire victory at the inaugural Zimmer Biomet Championship hosted by Nancy Lopez, stepping into the winner’s circle for the first time in her Symetra Tour career.