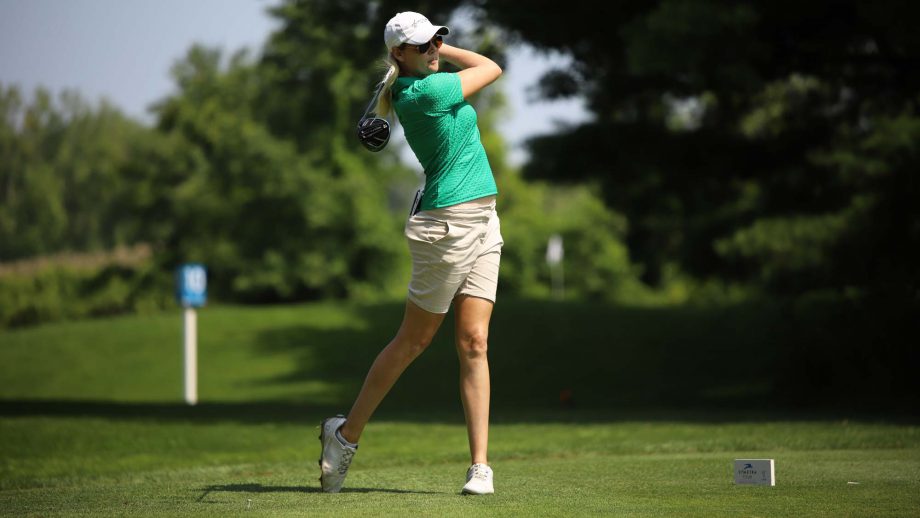 ALBANY, N.Y. – Maude-Aimee Leblanc of Sherbrooke, Que., shot a 2-under 69 to tie for second on Sunday at the Symetra Tour’s CDPHP Open.

“I like where my game is at right now and it was fun today being in the final group,” said Leblanc. “It was nice to get a feel for that, hopefully to use over the next seven events. Just a lot of positives to takes from this week. Had a couple bad breaks this afternoon, but overall it was solid.”

American Robynn Ree fired a 4-under 67 in the final round to win the tournament at 13 under.

Yujeong Son and Holly Clyburn tied with Leblanc at 12 under.

Leblanc was co-leader with Ingrid Gutierrez Nunez after Saturday’s second round at 10 under.