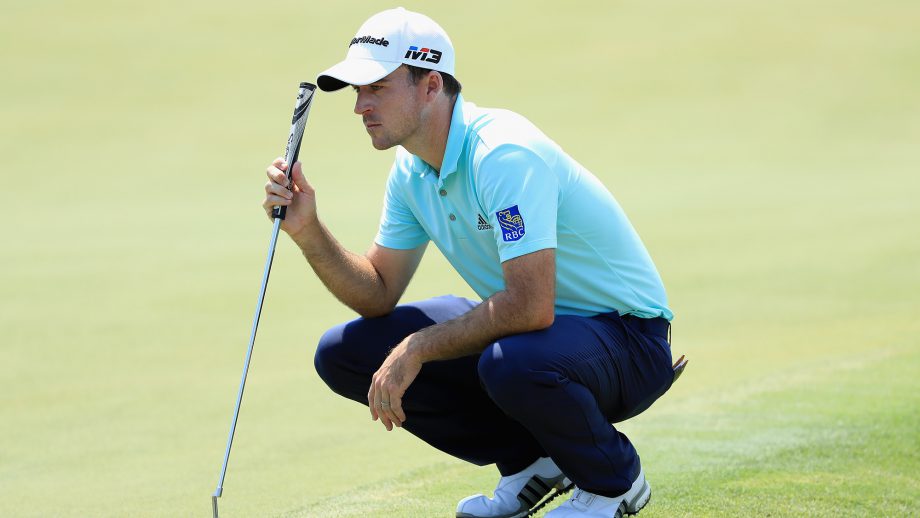 PONTE VEDRA BEACH, Fla. – Canada’s Nick Taylor of Abbotsford, B.C., is tied for 22nd at the Players Championship after opening with a 3-under 69 on Thursday. The 30-year-old’s round was highlighted by a stretch of five birdies through six holes on the back nine at TPC Sawgrass.

Canadian Adam Hadwin, also of Abbotsford, recorded an even-par 72. Fellow countryman Mackenzie Hughes of Dundas, Ont., struggled out of the gate with a 4-over 76.

Phil Mickelson was all dressed up for his first PGA Tour pairing with Tiger Woods in five years, wearing a long-sleeved, button-down shirt in 85-degree heat.

He might be hesitant to put it on again.

Mickelson shot a 7-over 79 in the opening round, his worst score at TPC Sawgrass since 2000. Woods (72) wasn’t a whole lot better on a day when 68 guys were under par.

The mega pairing turned out to be a mega dud.

Mickelson and Woods, along with Rickie Fowler (74), drew huge crowds as the featured group at the Stadium Course. Their golf didn’t match the hype.

“I actually really like it,” said Mickelson, who is brand ambassador and equity holder in the menswear brand Mizzen and Main. “I think nobody does kind of slightly overweight, middle-aged guy better than me, and this says exactly who I am. I don’t know what to say. I’m really happy with it.”

Those in the galleries had mixed reviews.

“He must have a meeting after this,” one fan said at the famed 17th hole. “Yeah, at a used car lot,” added another.

He got a lot of “love the sleeves” and “love the button-down” during the round. Some of those seemed a little tongue-in-cheek, too.

Regardless, the real problem was his play.

Mickelson hit two balls in the water and found eight bunkers, poor shots that made scoring tough. He said the bigger issue was a lack of energy.

“I knew it was going to be a concern this week,” said Mickelson, who finished tied for fifth last week at the Wells Fargo Championship. “I knew that I was going to have issues late in the day. I tried to offset it this week by taking it easy, not doing too much, and tried to eat right, tried to do all the right things to hopefully not have it be an issue.

“But I was concerned that that was going to be the case, and it was.”

Mickelson really struggled on the back nine, shooting 7 over during a four-hole stretch.

“I just kind of ran out at the end,” he said. “I had a lot of fun, enjoyed being with the guys. I just had a poor finish, 7-over the last five. That’s the day.”

Barring a significant turnaround Friday, Lefty will miss the cut at the Players for the fifth time in the last six years.

Woods is in much better shape thanks to an eagle on the par-5 ninth, two par saves on the back and a bogey that could have been worse at No. 18.

Woods reached the par-5 ninth, which was playing downwind, in two and made a 20-footer that got him back to even at the turn.

“Boy, it was nice to turn the round completely around there,” he said.

Woods made an 8-footer to save par at No. 10 and a 15-footer at the 14th. He knew the one on the No. 14 was good, delivering his classic fist pump as the ball neared the hole.

His final putt was equally clutch. After hooking an iron off the tee into the water, Woods took a penalty drop and flew the green from 270 yards out. His chip came up short, but he drained a 10-footer to end the day at even par.

“I knew I was going to drop a shot, but didn’t want to shoot an over-par round,” Woods said. “I was playing better than that. So it was nice to make that putt.”

Woods said the warm temperatures caused balls to carry longer than he expected, often leaving him on the wrong side of pins.

Playing with Mickelson had fans craning for views and snapping pictures all afternoon. Well, most of the afternoon anyway. The massive crowd thinned out on the back nine before picking back up at 16, 17 and 18 – the most raucous holes at the Stadium Course.

“They were into it early,” Woods said. “Towards the back nine it started getting a little sparse. I think they might have tipped back a couple and got a little sleepy.”