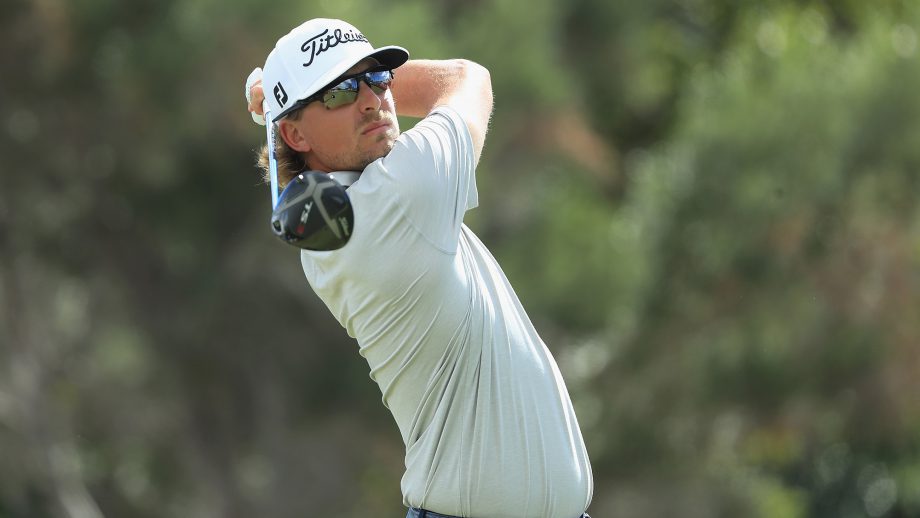 ORLANDO, Fla. – Bay Hill provided a few dramatic turnarounds, good news for Henrik Stenson, not so much for Phil Mickelson.

Through it all, Tommy Fleetwood and Keegan Bradley kept a steady march of solid golf Friday and wound up tied for the lead at the Arnold Palmer Invitational, four shots clear of anyone else going into the weekend on a course that has been tough all week.

Fleetwood used two new clubs to produce two eagles, which carried him to a 6-under 66. Bradley, with the renewed confidence of a player who last year ended six years without a PGA Tour victory, made all but one of his six birdies on the par 4s and had a 68.

Tiger Woods wound up winning that year, which won’t be the case. Woods is home nursing a sore neck. That also was the last time Mickelson was at Bay Hill, and this trip lasted only two days.

Mickelson hit a pair of horrific drives – one out-of-bound, another into water he couldn’t see off the tee at No. 8 – that led to double bogeys. With only one birdie on his card, Mickelson was 10 shots worse than his opening round and posted a 78. He missed the cut by one shot.

“It’s a penalizing course if you don’t hit very good shots, and I hit some terrible shots today,” Mickelson said. “That’s probably the score I deserved.”

On the other side was Stenson, who opened with a 77 and then headed to the range with swing coach Pete Cowen. The former British Open champion responded with a 66, an 11-shot improvement, that left him eight shots behind, though still a tee time Saturday.

“A couple of hockey sticks yesterday and a 66 today. That was a nice turnaround,” Stenson said. “It seemed like I was hitting it good yesterday, didn’t quite feel like I was in the same groove this morning in the warmup, and yeah, I still have to fight a little bit out there.”

Even with a four-shot advantage, Fleetwood and Bradley have to be concerned with more than themselves in the final group. Bradley would know from experience. He was eight shots behind going into the weekend in 2014 and was the runner-up by one shot, mainly courtesy of Adam Scott’s troubled weekend.

Roger Sloan of Merritt, B.C., British Open champion Francesco Molinari, Honda Classic winner Keith Mitchel and Billy Horschel led a pack of players at 5-under 139. The group another shot back included Masters champions Patrick Reed and Bubba Watson, and Eddie Pepperell, who is playing a regular PGA Tour event for the first time and got caught with his pants up.

Actually, Pepperell did that himself. He was all too proud to roll up his pant legs and show off his new socks, which have an image of Jack Nicklaus making his birdie putt at Augusta National the year he won his sixth Masters.

“Best round of the year, and probably a decade for me,” Pepperell said.

Never mind that this is the tournament named after Jack’s rival. But it seemed to work.

Fleetwood, a three-time winner on the European Tour, is ready to take the next step by winning in America, and he looked up to the task. Without an equipment contract ever since Nike got out of the club business, the Englishman is free to mix-and-match.

He had five brands of equipment in his bag, and two new ones stood one.

One is a Srixon 4-iron, which he hammered from 224 yards over the corner of the lake to 18 feet on the par-5 sixth for eagle.

The other was a Ping 7-wood that he took possession of on Tuesday, hit two shots and was sold on it. That replaced his 5-wood, the last Nike club he had. Fleetwood was 275 yards to the hole on the par-5 12th, and no sooner was the ball in the air that caddie Ian Finnis said, “Good shot.”

Finnish never says such a thing until the ball actually returns to Earth, but he had a hunch on this one, and he was right. The ball landed just right and rolled out to 6 feet behind the flag on the upper right shelf of the green.

“I couldn’t have got a wedge as close as I actually hit it to that back right pin,” Fleetwood said.

He made that eagle putt, too.

Defending champion Rory McIlroy made a little headway with a 70, leaving him seven shots behind.

“The golf course is hard,” said McIlroy, who won last year at 18-under 270, “Two under is in the top 20. Last year it got firm on the weekend. But the weekend conditions came early – cold weather at the start of the week, and it’s dry. It’s probably more of a test off the tee than the last few weeks. If I hit fairways on the weekend, I’ll feel like I’ve got a good chance.”