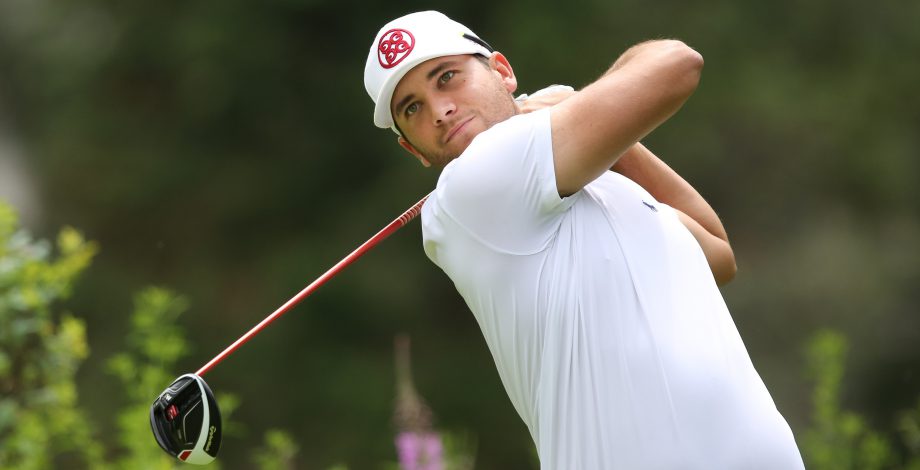 LONDON, Ont. – Lake Elsinore, California’s Aaron Wise took control of the Freedom 55 Financial Championship on Friday, following up an opening 8-under 62 with a 7-under 63 at Highland Country Club to build a four stroke lead through 36 holes at the final event of the 2016 Mackenzie Tour – PGA TOUR Canada season.

The reigning NCAA champion and current Order of Merit No. 5 was without a bogey on Friday, carding seven birdies to shoot 63 and set the new record for best 36-hole start in Mackenzie Tour history at 125. France’s Paul Barjon was four shots behind at 11-under after opening with rounds of 63-66.

“I putted very well again, though I didn’t hit the ball as solid,” said Wise, comparing his 63 to the previous day’s 62. “To come out with that score I thought was better than I played, so that was a testament to me getting it going on the greens this week.”

Though the 20-year old comes into the week with finishes of T8 and T11 in his last two starts, Wise was far from pleased with his performance on the weekends. At the Cape Breton Open two weeks ago, he was one shot off the lead through 36 holes, while he was two strokes off the pace at last week’s Niagara Championship before stumbling to weekend rounds of 71-72.

The former Oregon Duck said going through some struggles, especially with the putter, helped him prepare to come out firing this week in London.

“Golf’s a game of ups and downs, and one thing I’ve learned is you have to get through the low parts and then make the high parts that much better. The last couple of weeks were a struggle for me, and that’s how golf goes. I hung in there and this week’s gone a lot better,” said Wise.

Wise, who captured his first professional win earlier this year at the Syncrude Oil Country Championship presented by AECON, will head to the weekend looking to jockey for position in The Five. The rookie pro can move as high as No. 2 on the Order of Merit with a win and a finish of no better than a three-way tie for fourth from Brock Mackenzie, who shot 64 on Friday to sit tied for eighth at 8-under.

“I saw his name on the leaderboard when I was playing, so that was motivation for me to kind of push forward and get it going as far as I could,” said Wise.

One shot behind Barjon in a tie for third were Edmond, Oklahoma’s Dillon Rust and Long Beach, California’s Brett Lederer at 10-under.

A 6-under 64 showing has Toronto’s Sebastian Szirmak in a tie for fifth to lead the Canadians in the field. National Team alumnus Austin Connelly holds a share of 13th at 7-under.