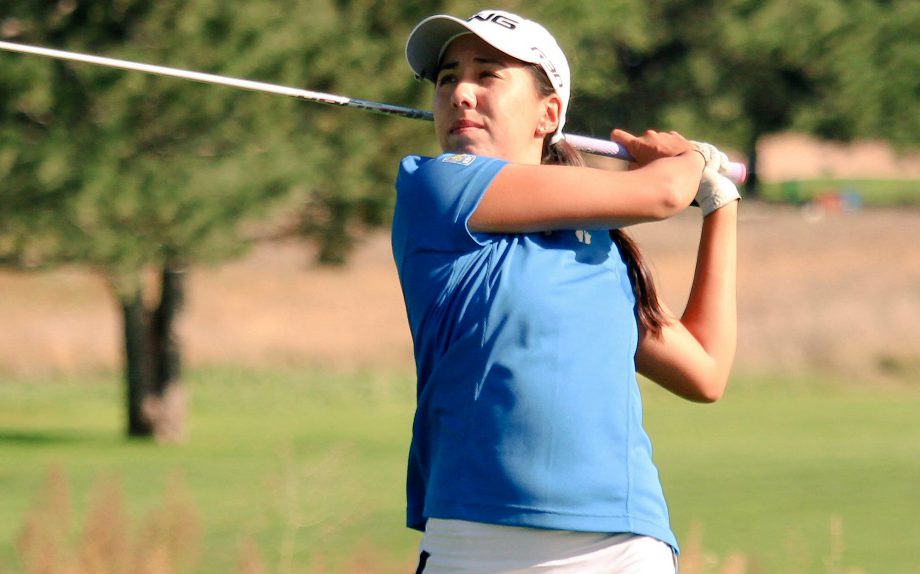 GARDEN CITY, Kansas – Christine Song (Fullerton, Calif.) couldn’t miss with the flatstick and posted a 6-under, 66 on Saturday at the Garden City Charity Classic presented by Mariah Fund to take the 36-hole lead at 10-under, 134. Song will go for her fifth career Symetra Tour win on Sunday. Jessica Wallace (Langley, British Columbia) is two shots back at 8-under, 136 and money leader Madelene Sagstrom (Enkoping, Sweden) is in third at 7-under, 136.

Song, 25, made back-to-back birdies twice on her outward nine to turn in 32. Her lone bogey of the day came on one and then she finished with a flurry of birdies. Song closed with birdies on three of her final four holes including a 6-footer for birdie on nine.

“Whenever I was in trouble, the putter kind of saved me today,” said Song, who attempted just 24 putts. “I made a 20-footer on 15, which was my longest of the day.”

“I’ve been making everything that I’ve putted basically,” said Song. “Inside 10 feet, I feel so confident. I’m seeing the lines and the speed has been on point.”

“I’m very pleased with how I’m playing because I haven’t had a very good year,” said Song. “I really just want to build confidence heading into Q-School (Final Stage).”

Jessica Wallace continued her stellar play on Saturday with a 4-under, 68. Wallace has made 10 birdies and just two bogeys through two rounds.

“I’ve played all the conditions over the years here and I’ve had some good finish,” said Wallace, who finished second in 2014. “I think the Tour did a really good job of setting up the course today based on the wind.”

Wallace made a putt from the back fringe on the first hole from 25-feet to get her day started. Her lone
bogey of the day was on the final hole.

“I’m rolling it well and my short game has been solid,” said Wallace. “It is taking a lot of pressure off my long game with this wind, which helps.”

Wallace, who ranks 21st on the Volvik Race for the Card money list, is excited for another shot to pick up her first career win.

“This is all you can really hope for, to be in the mix heading into the final-round,” said Wallace. “Even with the bogey on the last, I’m still happy to be here.”

Wallace played her college golf in Colorado at the University of Colorado.