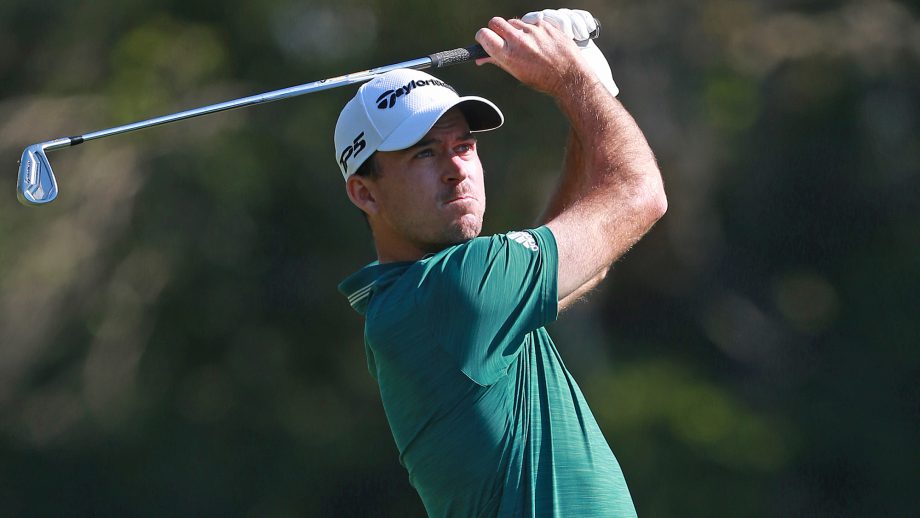 PALM HARBOR, Fla. – The final hour changed the dynamics of the Valspar Championship, just not the lead.

That still belongs to defending champion Paul Casey, and he saw only the upside of having his three-shot margin shrink to one, and going from a final round pairing with a player who is 0 for 195 on the PGA Tour to playing alongside the No. 1 player in the world.

On a Saturday at Innisbrook that began with all 70 players who made the cut still very much in the mix, Casey surged to a three-shot lead until a bogey on the 18th hole for a 3-under 68 that left him one shot ahead of Dustin Johnson.

At stake for Casey is a chance to become the first back-to-back winner of the Valspar Championship since this PGA Tour event began in 2000.

Behind him is Johnson, who is going for his second victory in three starts.

“Of the guys on the leaderboard, he’s the one I would want to be paired with, so it doesn’t bother me,” Casey said. “Obviously, two shots would have been nicer than one, but one is better than level, or one behind.”

Johnson had some say in that final margin with one of his best shots of the day, a 9-iron from a bunker a few paces in front of a steep lip to the front shelf of the 18th green, 10 feet behind the hole. He made that for a 67 to get into the final group.

And that was good news for Casey?

“He’s the best player in the world. That’s why I work and I do what I do, because I want to play against the best in the world,” Casey said.

He also pointed to Johnson being the favourite, at least in the eyes of thousands of fans on a warm, sun-filled day at Innisbrook, the kind of buzz it had last year when Tiger Woods played for the first time.

“I actually feel very little pressure,” Casey said. “You look at my results versus Dustin’s. He’s the better player, so it’s pretty simple. If I go out tomorrow and beat him, I actually might win, plain and simple. Great scenario.”

Only it’s not that simple, and no one knows better than Casey.

A year ago, he rallied from five shots behind with a 65 and wound up winning by one shot over Woods and Patrick Reed. That’s a tribute to Innisbrook, which players regard as one of the purest tests of the year, certainly in Florida.

Casey was at 8-under 205. Eight players had a share of the lead in the third round, and 10 players finished within four shots of the lead.

That starts with Jason Kokrak, winless in his 195 starts as a pro over the better part of eight years. He showed how quickly fortunes can change when he made three birdies in five holes to start the back nine, and then smashed an 8-iron with a breeze at his back that rolled across the 15th green and into the cup for a hole-in-one .

“You can be three, four, five shots out at this golf course and really make some noise if you get it going early,” Kokrak said.

Kokrak shot 30 on the back for a 66 and was poised to play in the final group until Johnson made his birdie on the 18th. Luke Donald, a past winner at Innisbrook playing for only the second time this year – and first since January – grinded his way to a 70 and joined Scott Stallings (70) three shots behind. Louis Oosthuizen, who had a 66 despite two bogeys on the last three holes, and Jim Furyk were among those four behind.

Casey seized control with three birdies in a five-hole stretch to start the back nine. But on the final hole, after Johnson made his birdie, Casey went into the first of a series of miniature church-pew bunkers on the 18th, couldn’t get to the green and missed his 15-foot par putt.

Johnson looked to be giving up plenty of opportunities, especially on the par 5s. He had an iron into the green on Nos. 1 and 11, just missed and chipped to short range before twice missing birdie chances. And then he picked up a birdie on the par-5 14th in the most unlikely way .

From light rough with trees partially in his way, he tried to hammer a 5-wood 290 yards. But it came out with too much wind and floated into the wind, hit a tree well short of the green and nearly went into water that isn’t typically in play. Still, he had a tree between his ball and the green. Johnson hit a hard pitch from 73 yards to the right of the tree and let the hill bring it back to the green. And then he made a 35-foot birdie putt.

But the big shot was on the 18th, and the birdie got him into the final group in his first trip to Innisbrook since 2010.

“I’m in a good position … because this golf course, it’s tough,” Johnson said. “If I can go out and shoot a good score, then I’ve got a chance.”