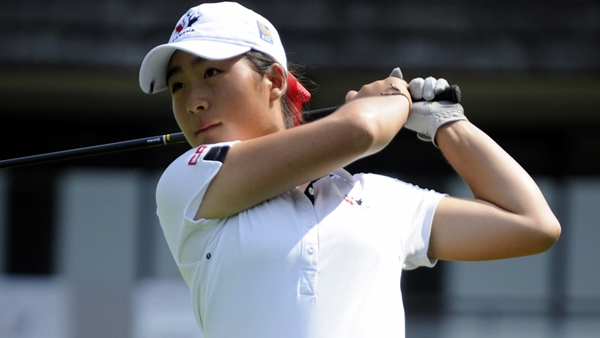 Representing the first of two Canadian squads competing are Brooke Henderson, 17, of Smiths Falls, Ont., Grace St-Germain, 16, of Ottawa, Ont. and Naomi Ko, 17, of Victoria, B.C. Canada’s second team in the event will include Jaclyn Lee of Calgary, Selena Costabile of Thornhill, Ont. and Alisha Lau of Richmond, B.C.

The Canadian contingent will be coached by Team Canada Development Squad Women’s Coach Ann Carroll, alongside Reggie Millage the provincial Head Coach for the Golf Association of Ontario.

The inaugural international junior girls championship – which will be contested on the South Course at Angus Glen Golf Club – will be conducted by Golf Canada in partnership with the Golf Association of Ontario.

The championship features three-player teams of athletes under the age of 19 representing 15 countries. As host country, Canada will field two teams in the competition. A full listing of rosters for each country can be found here and full bios for the Canadians selected can be found below.

The 16-team field will compete over 72 holes for both individual and team honours. Qualifying countries for the inaugural championship were invited based on their performances at the 2012 World Amateur in Turkey.

The 2014 World Junior Girls Golf Championship will mark the first official playing of a female junior championship of its kind – the Toyota Junior Golf World Cup is a boys’ only event that has been contested for almost 20 years.

The event – which is supported by the International Golf Federation, received grant funding by the Ontario Ministry of Tourism, Culture and Sport. Other funding partners include the Golf Canada Foundation (Women’s Fund) and the R&A as well as Central Counties.  Funding was also provided from the Federal and Provincial governments in preparation for the TORONTO 2015 Pan Am/Parapan Am Games.

In addition to a 72-hole competition, the championship will include skills competitions, an international golf coaches’ summit and golf clinics outside of tournament play in the spirit of establishing an interactive junior golf festival around the championship.

The Angus Glen Golf Club will also play host to the debut of golf at the TORONTO 2015 Pan Am Games from July 16-19, 2015. The World Junior Girls Golf Championship will provide training opportunities for officials and volunteers registered for the historic event that is set for the south course at Angus Glen.

The event gets underway with Opening Ceremonies at Angus Glen beginning at 5:30pm on Saturday, September 27th.

Admission to the World Junior Girls Golf Championship is free for all spectators for the duration of the championship. For more information visit www.worldjuniorgirls.com.

Grace St-Germain
A native of Ottawa, Ont., St-Germain captured the 2014 Canadian Junior Girls Championship by seven strokes. The 16-year-old was also victorious at the Quebec Women’s Amateur Championship and earned medalist honours at the GAO’s Junior Girls’ Match Play Championship. Recently she added another win to her season at the Graham Cooke Junior Invitational.