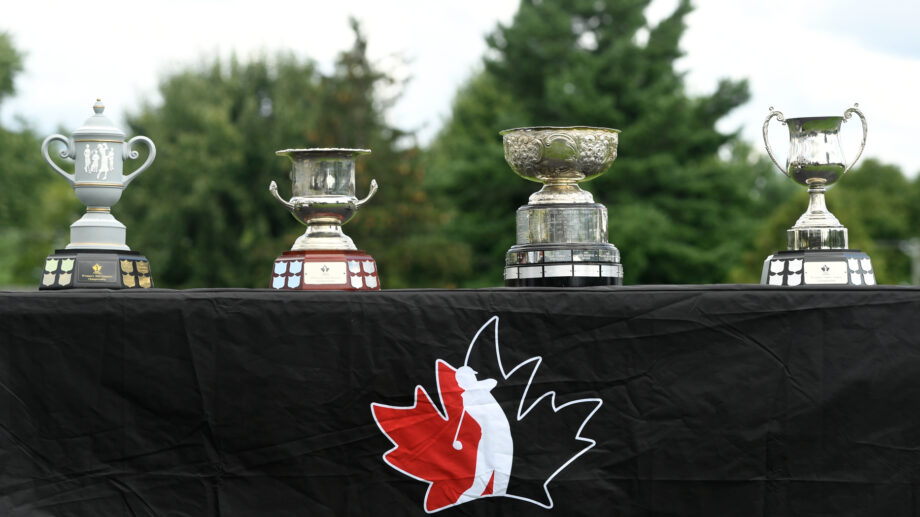 “There is a lot of anticipation around this year’s Women’s Mid-Amateur and Senior Championship, and we’re thrilled to get the competition started,” said Tournament Director, Daniel Suppa. “A competitive field of players are slated to tee it up this week, so we’re expecting a high calibre of talent at Breezy Bend.”

After a rainy start to the day, practice rounds resumed as scheduled on Monday ahead of the official start to the national championship on Tuesday. The 54-hole tournament is scheduled to wrap up on Thursday, with champions being crowned in four divisions: Mid-Amateur (25 and up); Mid-Master (40 and over); Senior (50 and above); and Super-Senior (60-plus).

Returning to the event is the Interprovincial Team competitions, for the first time since 2019. The Mid- Amateur and Senior teams will compete over the first 36 holes of the tournament.

97 players will tee it up at Breezy Bend Country Club, located about 20 kilometres west of Winnipeg, Man. The Club is widely considered one of the premiere private golf courses in its region and has previously hosted the 2004 Canadian Men’s Mid-Amateur Championship as well as the 1979 Canadian Junior Boys Championship.

“Over the last six months, our volunteers, staff and Board have worked tirelessly to prepare the course and our facilities to host this special event,” said Shannon O’Brien, President of Breezy Bend Country Club. “We are very excited to have this opportunity to showcase our Club to some of the best golfers from across the country.”

“When we were first approached to host this prestigious tournament some four years ago, we jumped at the opportunity; this would be our chance to recognize, support and celebrate women’s golf in Canada,” added Cory Johnson, General Manager and COO. “Our club members, staff and enthusiastic team of volunteers look forward to providing a world-class championship event for our competitors and spectators alike.”

Defending champion Christina Proteau will look to protect her title as Canadian Women’s Mid-Amateur champion after knocking off Nonie Marler in last year’s championship at Domaine Château Bromont in Bromont, Que. Proteau, of Port Alberni, B.C., has won the Mid-Amateur division a record six times, including four consecutive titles from 2011-2014. Marler, out of Marine Drive Golf Club in Vancouver, B.C., is back in the field again this year.

The 51st playing of the Canadian Women’s Senior Championship will feature a star-studded field, headlined by none other than the defending champion, Shelly Stouffer. The 52-year-old is the fourth highest ranked woman on the World Amateur Golf Rankings and will look to successfully defend the Ada Mackenzie Challenge Trophy. The Nanoose Bay, B.C., native made headlines throughout Canada and the United States earlier this summer when she won the U.S. Women’s Senior Amateur Championship in Alaska, becoming the fourth Canadian to conquer the national title.

Judith Kyrinis, who is among the four Canucks to have completed the aforementioned feat, will challenge Stouffer in Manitoba. The Thornhill, Ont., native is no stranger to winning the championship, having previously done so twice before, with her most recent triumph in 2019.

2012 and 2015 champion, Terrill Samuel, is another name to lookout for this week in the Senior division. Samuel, a member of Weston Golf Club in Toronto, won the 2022 R&A Women’s Senior Amateur Championship in July, becoming the third Canadian behind Alison Murdoch and Diane Williams to win the coveted amateur event.

The Interprovincial Team championship will return this year following two years of cancellation due to the COVID-19 pandemic. Team Ontario are the reigning champions, having bested Alberta by 15 strokes in 2019 to claim the Katherine Helleur Trophy. The team competition, featuring eight of Canada’s provinces this year, has been won a record 28 times by Ontario, including six in a row dating back to 2015.